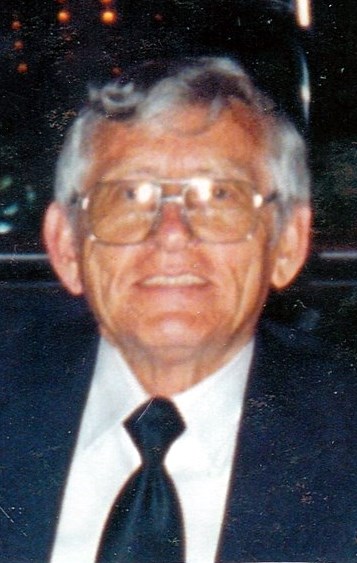 Eugene L Jeter, age 88, of Kingsport, Tennessee peacefully departed this earthly existence on Wednesday, August 3, 2022. He was born on July 6th, 1934 to Willard C. and Unav Jean Brooks Jeter. Eugene was a lifelong resident of Kingsport, Tennessee. He served in the U.S. Army from 1951-1954. After completing basic training at Schofield Barracks in Hawaii, he was sent to Korea where he served with the 40th Infantry Division. He was awarded the Combat Infantryman Badge for his action under enemy fire while on the front lines. After being released from Military Service in 1954, he completed eight years in the Army Reserves. After Eugene returned home from Korea, Honorably-Discharged from the U.S. Army, he became employed at Borden Mill Plant and earned his first paycheck. He then married Patsy, the love of his life, on March 17th, 1955. He was a retired Teamster, having worked 'The 30 and Out' at Mason-Dixon lines in Kingsport, Tennessee, Smith Transfer in Louisville, Kentucky, American Freight System in Atlanta, Georgia and Yellow Freight System in Atlanta, Georgia. He was a life member of The Veterans of Foreign Wars Post No. 3382. He was a life member of the Loyal Order of the Moose Lodge No. 972. He was a life member of the Volunteer Corvette Club of East Tennessee, serving as its first Vice President. He loved to travel, and he and Patsy traveled around the world together. He loved to camp. The couple belonged to the Hill Country Camping Club. Eugene enjoyed attending his Sullivan High School Reunions with his class of 1955. His two favorite hobbies were keeping his lawn trimmed and shining on his Corvettes. He was an avid sports fan of Nascar, Football, and Basketball Games of his niece Symantha and Nephew Samuel 'Boo.' Eugene was an animal lover. He was preceded in death by his parents. His brothers Jim Jeter in 2012 and Harold Jeter in 2016. Brother-in-Law Leonard 'Jimmy' Carter in 1985, Sister-In-Law Maudie Carter in 1989, niece Margaret Carter Lane in 1975, Nephews Glen Jeter in 1983, Leonard Carter Jr. in 2005 and Roy Lee Carter in 2015. His beloved Basset-Hound Brutus in 2005 and his beloved Pit-Bull Buddy in 2018. Left to cherish his memories are his loving wife of sixty-seven years, Patsy. Brother in law Sammy Fugate and wife Selena of Gray, Tennessee. Niece Bianca Benfield and husband Jeremy of Gray, Tennessee. Niece Symantha Fugate and Nephew Samuel 'Boo' Fugate of Gray, Tennessee. Nephew Charles Carter and Wife Linda of Kingsport, Tennessee. Niece Courtney Benfield of Gray, Tennessee. Nephew Koltin Benfield of Gray, Tennessee. At Eugene's request, there will be no funeral. Entombment will follow a gathering of family and friends with Eulogies at 2:00 PM on August 6th in the chapel of Mausoleum No. 2 at East Lawn Memorial Park. Memorials may be made to the Saint Jude's Hospital for Children, Shriners' Hospital, Bridge Home No Kill Animal Rescue or the Kingsport Animal Shelter in Eugene's name. Fond memories and expressions of sympathy may be shared at www.eastlawnkingsport.com for the Jeter family.
See more See Less

In Memory Of Eugene L Jeter