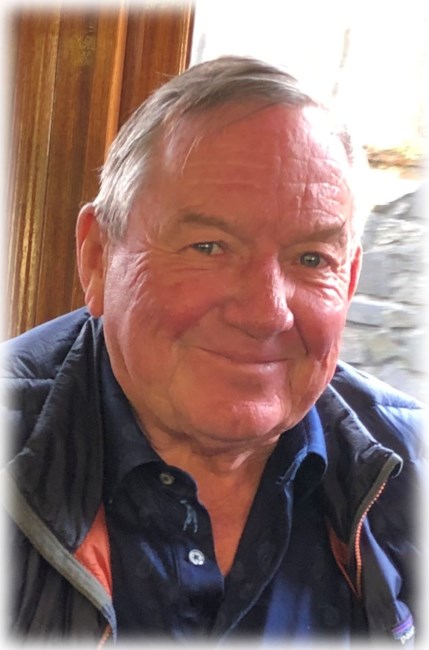 Drew Balfour, formerly of Kipling, and late of Kenosee Lake, died peacefully in Moosomin Hospital surrounded by his loving family on September 13, 2022, at the age of 78 years. Drew was born in Grenfell, SK on October 4, 1943, the oldest of four children and spent his early years in Windthorst before the family relocated to Kipling in 1946 when his father purchased the drug store there. Drew had a happy small-town childhood playing hockey and various sports and playing trumpet in the school band. He attended the University of Saskatchewan and graduated with a Bachelor of Science, Pharmacy. In 1966 he bought his dad’s drug store in Kipling and in 2011 Balfour Drugs Ltd in Kipling celebrated its centennial. Drew continued owning and managing the store there until 2014. He had a keen interest in civic affairs of the Town of Kipling serving on council for 15 years, 8 years as Mayor. In retirement, Drew and Pat built a new home at Kenosee Lake and were able to travel many places in the world like Australia and Europe and to enjoy their condo in Palm Desert, California where they made many dear friends. Drew was a quiet person who listened carefully and considered his words. He loved to be outdoors hunting and fishing, especially at his fishing lodge in northern Saskatchewan and to be snowmobiling on beautiful winter days. He was a very good cook who loved to try new recipes and can and pickle. He owned a farm near Windthorst that he farmed for almost forty years before he bought a quarter section close to Kenosee Lake where he operated a small Saskatoon Berry farm. Drew was predeceased by his parents, Scotty and Irene Balfour and is survived by his loving wife of 53 years, Patricia, sons Stuart Duncan and his wife, Brandi (Oscar and Theodore), David Andrew and his wife, Jennifer (Bo, Mack, and Sonny), daughter Jillian Michelle, and her husband Benn Armstrong (Archer). His brother, Richard, and twin siblings Jeanne and Neil. Pat’s siblings, Hugh Quigley (Sally), Miriam Metcalf (Bob), Neil Quigley, Valerie Bell (Ian), Beverly Rollheiser (Don) and Ted Quigley, his nieces, nephews, cousins, many friends, and by his beloved Bedlington Terrier, Piper. In accordance with Drew’s wishes, there will be no formal service. A Celebration of Life will be held on Saturday, October 1, 2022, in Kenosee Lake Hall from 2 – 5 p.m., program at 2:30 p.m. To those who wish to honour Drew’s memory, donations may be made to Kenosee Green Space, c/o the Village of Kenosee Lake or to STARS.
See more See Less