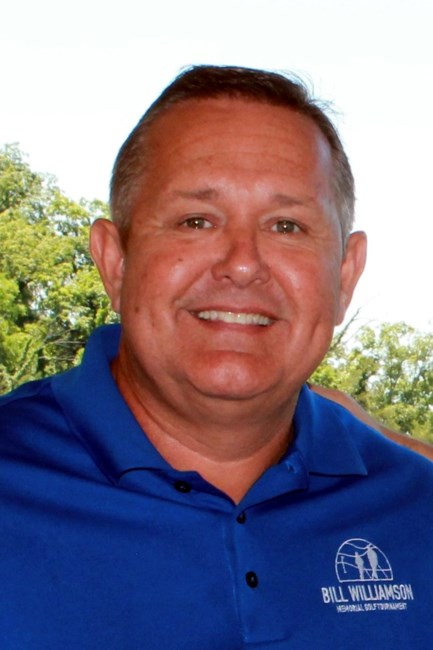 Jacky “Jack” Norris Williamson, 57, went to be with the Lord on Saturday, December 24, 2022, surrounded by his loving family. Jack enjoyed the last 30 years with the love of his life, Amy. He was so very proud of his two boys, Tyler (22) and Blaine (20). Jack loved his mother Carolyn as well as his brother Tim. Family was most important to Jack, and he loved them BIG. Jack graduated from William Blount High School in Maryville, TN. He attended and graduated from ETSU and was a member of the Sigma Nu Fraternity where he made lifelong friendships with his fraternity brothers. Jack was an incredible business man, who began his business career opening and running retail stores all across the country. As a result of his business travels, he met some of his closest friends and his beautiful wife, Amy. He started his own mortgage company in 1998 and grew it into an extremely successful business which included mortgage offices covering the United States. Jack thought of his partners and employees as family and made sure they were valued and appreciated above all else. Jack loved to golf and watch all sports, but especially Tennessee Football. Many gatherings took place at the Williamson home to watch Tennessee football, basketball, or any sporting event. Jack had an amazing group of friends and he was always the life of the party. His boisterous voice and his contagious laugh could be heard from any room. Jack was quick witted, not afraid to cry, and always there to give advice or just to listen. His generosity and love will always be felt by those he touched throughout his 57 years of life. Jack and his brother Tim, were avid golfers and philanthropists. Their father, Bill, passed away on Father’s Day in 2014, from prostate cancer and the tournament is always held on the Friday before Father’s Day in memory of Bill. Together, Jack and Tim, founded the Bill Williamson Memorial Golf Tournament to support the Provision Cares Foundation. Jack was preceded in death by his father, Bill Williamson. Surviving are his loving wife Amy Williamson, sons Tyler and Blaine; mother Carolyn Williamson; brother Tim Williamson; niece Danyelle Casteel (Jason), nieces and nephews Chandler, Presley, and Blakey; father-in-law Stan Branson; brother-in-law Adam Branson (Valerie), nieces Sydney and Skylar. Receiving of friends will be held on Thursday, January 5th from 5:00-7:00 pm at Cokesbury United Methodist Church, 9908 Kingston Pike, Knoxville, TN 37922. In lieu of flowers, memorial contributions may be made directly to Provision Cares Foundation in honor of Jack N. Williamson. https://provisioncares.org/donate/ Fond memories and expressions of sympathy may be shared at www.berryhighlandmemorial.com for the Williamson family.
See more See Less

In Memory Of Jack N. Williamson