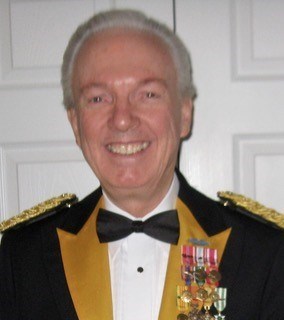 Passed away peacefully September 14, 2022, at Sacred Ground Hospice House, Knoxville, TN. James A. Dutcher, Jr. was born in Montrose, Colorado October 27, 1937, to James A. Dutcher and Evelyn B. Dutcher. Jim’s father was a long-standing business and civic leader and past President and CEO of the First National Bank of Montrose, and a recipient of the 33-degree for those who have been outstanding in contributions to Freemasonry. Jim attended high school in Montrose and New Mexico Military Institute (NMMI), graduating from NMMI high school and junior college (1958). Subsequently, he received a BA degree from Western State College, Gunnison, Colorado in 1961. Jim was quite the artist and musician in his younger years, playing the trombone in his own band “The Six Dukes.” After his commission as Second Lieutenant in Armor, his first assignment was as a platoon leader with the 2/32 Medium Tank Battalion, 1st Brigade, 3rd Armored Division in Germany. Other assignments included the Armor Officer’s Career Class; the Special Warfare Center; two combat tours of duty in Vietnam; Company Commander at the Infantry Training Center, Fort Jackson, South Carolina; Assistant Professor of Military Science at the University of Arkansas, Fayetteville; Foreign Service Institute; JUSMAG Thailand; Armed Forces Staff College; Operations Officer of the Lightning Brigade, Fort Knox, Kentucky; Management Analyst, Office of the Chief of Staff, Army, Pentagon; NATO Headquarters Command, Izmir, Turkey. Jim retired from the Army in 1984 as a Lieutenant Colonel. His awards and decorations include the three Bronze Stars, one with “V” device for Valor, Defense Meritorious Service Medal with 1 Oak Leaf Cluster, Meritorious Service Medal, Air Medal, Army Commendation Medal with 1 Oak Leaf Cluster, National Defense Service Medal, Republic of Vietnam Cross of Gallantry with Palm, Republic of Vietnam Armed Forces Honor Medal First Class, Combat Infantryman’s Badge, and General Staff Identification Badge. Upon retirement from the Army, Jim was in the boat business for a while in California, selling Criss Craft boats, he later managed a private security company in California, and finally employed by Battelle Memorial Institute (BMI) as a contractor within the Department of Energy for 18 years providing advice and support to the Office of the Deputy Assistant Secretary. Jim provided reports and position papers that have been provided directly to the Deputy Assistant Secretary and the Secretary of Energy. Jim retired from BMI and the Department of Energy July 12, 2010. Jim is survived by his spouse, Sheryl Dutcher, two children: Eric J. Dutcher (Ivan), Devin L. Dutcher-Cowell (Walter Cowell), and Bonnie Blake, his devoted and loving friend of 28 years. Also, surviving are his brother Thomas L. Dutcher who retired in 2000 as President and CEO of Wells Fargo Bank of Montrose, and his wife Suzanne, two nieces, one nephew, and five great nieces and two great nephews. The Berry Highlands Dignity Memorial, Knoxville, TN, is responsible for final arrangements. As requested, there will be no viewing and no funeral or memorial services. Final resting place – Inurnment in the Columbarium Niche Wall at the Arlington National Cemetery.
See more See Less