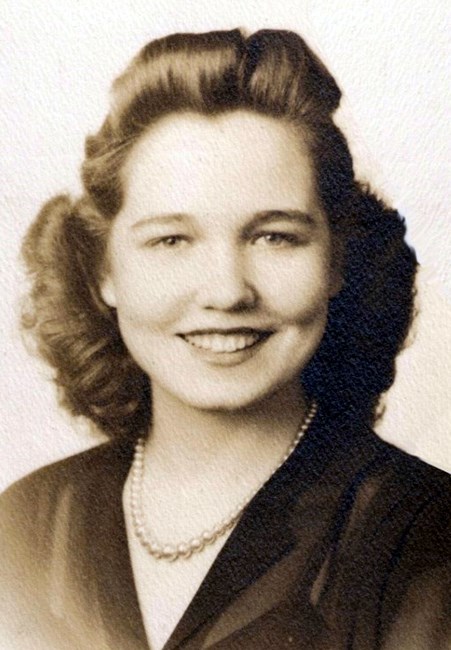 Jean Johnson Cobble passed away in Gainesville, FL at age 97 on May 7, 2022. She was born on February 20, 1925 in Knoxville, Tennessee to David and Minnie Mason Johnson. For many years she and her husband, James E. “Jim” Cobble, Jr. owned a home building business in Knoxville. She was a faithful member of Central Baptist Church of Fountain City for over 70 years. She was a 1942 graduate of Central High School in Fountain City, where she met Jim. They were married a week after Pearl Harbor, and like so many others, it was a decision hastened by wartime. After Jim’s commission into the service, she traveled the country with him to various air bases where he served as a pilot during both WW2 and the Korean War. Afterwards, they resettled in Knoxville where they formed their construction company. They were long-term members of Fountain City Sportsmen’s Club, where they spent many happy years on Norris Lake with family and friends. She was a supportive wife in sickness and in health and was Jim’s devoted caretaker for the last ten years of his life, ending in 1991 just shy of being married for 50 years. After 30 years of widowhood, she moved to Gainesville for her last days. Jean is survived by her two children, James Allen Cobble (Vicki Breazeale Cobble) of Los Alamos, New Mexico, and Amy C. Martin (A. Daniel Martin) of Gainesville, FL., and her two grandchildren, Jeff Allen Cobble (Monique) of Nashville, TN and Andrew David Cobble (Dr. Kathleen Davenport) of Ft. Lauderdale, FL. She is predeceased by her brother, David C. Johnson of Knoxville. Many thanks to Linda Kuykendall for the many years of thoughtful care and companionship for Jean in Knoxville. Also, many thanks to the staff at Haven Hospice of Gainesville and at Magnolia Ridge Rehabilitation Center for providing comfort and care in Jean’s final weeks. A graveside service will take place on Saturday May 14, 2022 11:00 a.m. at Woodlawn Cemetery, Knoxville, Rev. Ronald Mouser will preside. In lieu of flowers, the family requests donations be made to Central Baptist Church of Fountain City, 5364 N. Broadway, Knoxville, TN. 37918, or Haven Hospice of Gainesville, FL, https://beyourhaven.org/donate. Online condolences may be left at www.berryfuneralhome.com.
See more See Less

In Memory Of Jean Johnson Cobble