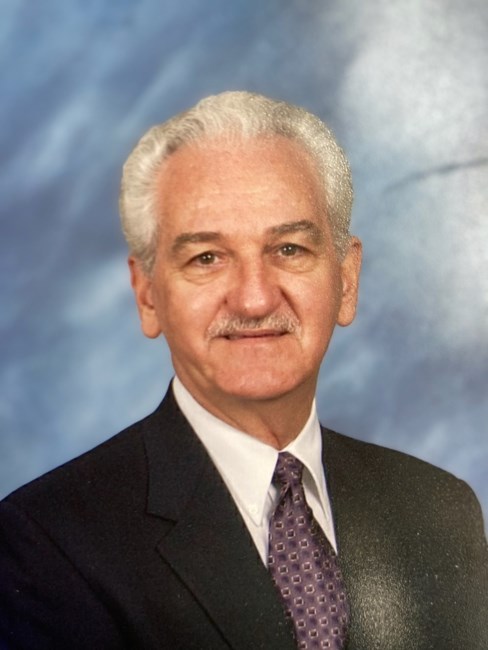 Marion Alfred Graybeal born June 10th, 1937 to Dana and Selma (Stout) Graybeal passed away due to complications from Lewy Body Dementia, Parkinson’s Disease and Alzheimer’s on January 16th, 2023. Marion was a graduate of Happy Valley High School, Elizabethton, TN and the University of Tennessee in engineering in 1957. After serving bootcamp in the army, Western Electric requested he leave his platoon and be placed to work with Bell Labs, and he left the Army. He was a proud member of the Class of *37 at AT&T until his retirement from management level 37 years later. In retirement he formed his own consulting company. Marion traveled to more than 25 different countries making many friends. He loved his work. He was baptized at Sinking Creek Baptist Church, Elizabethton in his youth, became a Presbyterian elder in North Carolina, and ordained a Baptist deacon in Richmond, VA. He also served the congregation at First Baptist Church in Knoxville. In retirement he was one of several men that formed the Handy Men’s Ministry at First Baptist Church in Knoxville, TN helping build handicap ramps to code for people who could not afford them, roof homes, replacing flooring and many other home repairs in the Knoxville area. He and his wife trained for disaster relief, Southern Baptist Disaster relief and the Salvation Army. They were deployed along with others to Louisiana, Texas, Tennessee, Florida, Georgia, Alabama and Arkansas over several years. He was eager to help when they got calls to go, taking his own vehicle and tools. They also traveled to Croatia where they assisted teams in building dorm spaces and showers for a Christian organization, then on to Portugal where a church needed space in a shopping mall. The list of where he went is long. Then one day he could no longer find his way home from going after two burgers and some fries. He was on Amber Alert found near the Georgia/Tennessee line. Marion began each day reading his Bible and praying at the breakfast table. He would say the Lord does not prevent events but walks with us along the way. He would say He loved the Lord and loved serving others. Isaiah 40:29-31 was his favorite. “The Lord is the everlasting God the Creator of the ends of the earth. He will not grow tired or weary and increases the power of the weak…but those who hope in the Lord will renew their strength. They will soar on wings like eagles; they will run and not grow weary they will walk and not be faint.” We are grateful for the loving care he received from staff at Arbor Terrace and the Nursing Center at Little Creek. All the staff at both facilities treated him and his family with love and care each day. Marion held dear his friend Bill Payne from first grade now of Alabama, members of the Handy Man’s Ministry, the Hall Sunday Bible Study at First Baptist Knoxville, those deacons at Richmond First Baptist and members of the Class of *37 from AT&T in Richmond as gifts from God. He felt blessed. He would say keep up the good work and I will see you later. Measure three times and cut once. He was predeceased by his parents, his oldest brother Douglas Eugene Graybeal (Vera), of Elizabethton, Tn., brother Jim, of Phoenix, AZ and his adopted daughter Bonnie Chere’e Graybeal Kirkbride, of Ocala, FL. He is survived by his wife of 43 years, Dianne Holland Graybeal of Knoxville, TN, in-laws, Rev. Charles Cunningham and Florence of Jonesboro, GA, Rev’s Joe and Dorothea Gatlin of Stockbridge, GA, Rev. Eleanor Holland and Helen Lanka, of Baltimore, Maryland, his son-in-law Jeff Kirkbride of Ocala, FL, special adopted grandkids, Nathan McEntyre and Marin McEntyre, their parents Dr. Carol and Dr. Michael McEntyre of Columbia, MO, Nephews Dana Graybeal and Mark (Donna) Graybeal both of Phoenix, AZ, Amy Graybeal of Greenville, TN along with cousins in Tennessee. What a wonderful life. A Celebration of Life will take place January 28, 2023. Receiving of Friends will be at 1:00pm and Celebration Service will be at 2:00pm. First Baptist Knoxville, 510 W. Main Street, Knoxville, TN 37902. A private burial will be at a later date at Berry Highland Memorial Cemetery. The family invite friends to share fond memories and sign the online guestbook at www.berryfuneralhome.com
See more See Less

In Memory Of Marion Alfred Graybeal