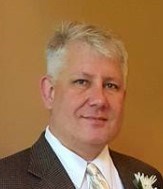 Mason Edward Shrewsbury, Jr. age 50, of Kokomo Indiana, formerly of Elkton, MD passed away peacefully on Saturday May 16th 2020, surrounded by his family after a long battle with kidney cancer. He was born May 20, 1969 in Union Hospital Elkton, MD. He was the son of Mason Edward Shrewsbury Sr. and the late Anita Lynda (Angeletti) Shrewsbury. Mr. Shrewsbury was a 1987 graduate of Elkton High school. Following graduation he attended Cecil Community College and went on to graduate with honors from Delaware State College in 2005, obtaining his bachelor’s degree in Business Administration. In 1989, he began his career at Chrysler Corporation in Newark DE as an assembly line worker. He was a volunteer EMT / Firefighter in Middletown, DE from 1996 until 2003. In 2005 he was promoted to management. In 2007, he relocated to the Kokomo Indiana Transmission plant where he was promoted to Production Control Area Manager. In 2019, after 30 years of service, he retired from Fiat Chrysler Automobiles (FCA) as a Logistics Technical Planner. He was a member of the Indiana Freemasons belonging to lodge #82 located in Russiaville, IN and a 32° Scottish Rite Mason of Indianapolis. He attended church at Oakbrook in Kokomo, IN. He recently started attending church at Bridgeway church in Kokomo, In. Family was a very important part of his life and he loved spending time with his wife, daughters and their pets. Mason was known for his quick wit, Facebook memes, strong trivia knowledge (where his wife would call him Jeopardy), and his willingness to debate politics which he inherited from his grandfather Fred (he also hopes that he doesn’t vote Democrat this year since he was a staunch Republican). He had a love of sports, some of his favorite teams were the Baltimore Orioles, Miami Dolphins, Notre Dame and the Kokomo Jackrabbits. In addition to his Mother, Mason was preceded in death by his daughter, Scarlet Paige Shrewsbury, his grandparents Fernando “Fred” and Elizabeth Angeletti, Carney and Aileen Shrewsbury. Survivors include his wife of 16 years and the love of his life, Jennifer Shrewsbury; daughters, Cheyenne Shrewsbury and Cameron Shrewsbury; Father, Mason Shrewsbury Sr.; Brother Bryan Shrewsbury and his wife Angela; Niece Melissa Shrewsbury; Nephew Tyler Shrewsbury; and multiple Aunts, Uncles and Cousins whom he loved dearly. Sunset Memory Garden Funeral Home is assisting the family with private funeral arrangements. Visitation will be from 12:30 PM until 2:30 PM on Thursday, May 21, 2020 at Sunset Memory Garden Funeral Home 2097 West Alto Road, Kokomo, IN. Entombment will be in Sunset Memory Garden Cemetery. www.sunsetmemorygarden.com
See more See Less