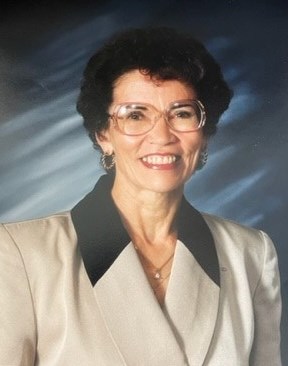 Theresa Joan Pitcher Henry, passed away peacefully at home on September 15, 2022. Theresa was born in El Paso, Texas on November 9, 1933. Daughter of Robert Sanchez and Maria Garcia. She was married to Owen Dean Henry. Children are Debbie Pitcher, Scott Pitcher (Tamaja), Valerie (Jordan) Kopac. She has 11 grandchildren and 21 great grandchildren. Her step children include, Vicki (Court) Wilson, Sandy Henry, Gary (Patty)Henry, and Mark Henry. Her long-time friend is Elsie Rutledge. Theresa worked several jobs with JC Penney’s being where she retired from. She was preceded in death by her first husband, Bill Pitcher, and a son, Clifford Pitcher. She was much loved and will be missed by all who knew her. There are no services scheduled at this time.
See more See Less