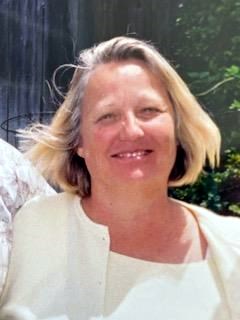 Lou Ann Holaday went home into the loving arms of Jesus on Tuesday morning December 15, 2020. Born in Los Angeles, California on November 9, 1948; Lou Ann was the daughter of Robert M. and L. Ileen Cunningham. They moved to La Mesa in 1960 where she attended the then new Parkway Junior High School. She graduated from Grossmont High School in 1966 where she was a member of the school Drill Team. After high school, she attended Grossmont College and graduated with an AA degree in Accounting and Computer Science. In early 1967, she met the love of her life, Robert (Bob) Harold Holaday of Lemon Grove at La Mesa First United Methodist Church and they married on January 15, 1970. This past January, they celebrated their 50th anniversary. They have two sons; Ron of Sahuarita, AZ and Paul of Lake Forest, Ca. Bob and Lou Ann made their home in Lemon Grove for the past 51 years serving the community through work and actively participating many different organizations. Together, they owned and operated Lemon Grove Towing & Recyclers. Lou Ann was the PTA President at San Miguel Elementary School, a board member of La Mesa AYSO and Atlas United Club Soccer team. She served on the Lemon Grove School Board from 1984 until 1998 when she went to work for the school district as a Payroll Clerk until she retired in 2014. Bob and Lou Ann made College Avenue Baptist Church their church home shortly after marrying and served there continuously. Lou Ann was a deaconess, a volunteer in the Pioneer Girls program and was a member of the Gospel Choir. She also taught Sunday School and worked in the Administrative offices. She is survived by her husband Bob of Lemon Grove and her sons; Ron, along with wife Janel and their children, grandson Hawk and granddaughter Haven; and Paul along with his wife Missy and their daughter, Nicole. She is also survived by her mother Ileen Cunningham of Temecula; her two brothers, Jim Cunningham along with wife Lee of Tigard, Oregon and John Cunningham along with wife Mary Ann of Temecula; her sister in law, Maxine McWilliams along with husband Dave of Lemon Grove, as well as two nieces, six nephews, four great-nieces and seven great-nephews. Lou Ann will be loved and missed until we see her again. Due to the COVID pandemic, there is no service planned at this time.
See more See Less

In Memory Of Lou Ann Holaday