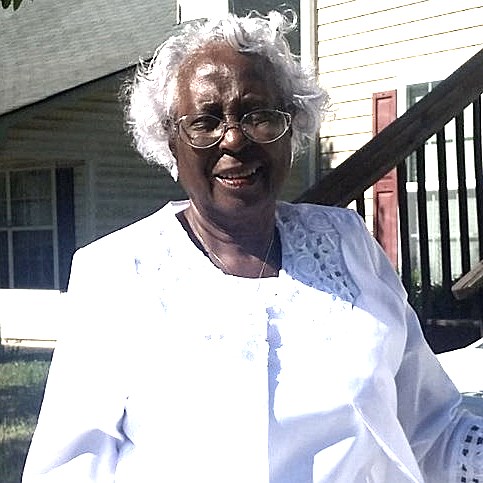 Mrs. Vera R. Griggs, daughter of the late Mary Reid and Robert Haynes, was born August 29, 1937. Vera was educated in the Troup County and LaGrange City School Systems. After graduation she went on to further her education at Clayton State University and received her Degree in Nursing. After that she went on to Georgia South Western, Columbus College and LaGrange College. She spent 43 ½ years in the medical field. Always willing to help with a smile. Vera was united in Holy Matrimony to the late Clarence Griggs. She joined the Wehadkee Baptist Church in the Abbottsford Community under the Pastoralship of the Rev. B. F. Patrick at the young age of 15. There she remained for 47 years and 11 months, serving the various roles. She later joined Bethlehem Baptist Church in Standing Rock, Alabama under the leadership of Rev. W. H. Trammell. Once there she was assigned the duty of organizing a “Nursing Guild”. She worked diligently to secure enough members interested and formed the first Nursing Guild Department in the SWUD. These nursing guild members were CPR / AED certified, and a NG Room was assigned at Church with a hospital bed and wheel chair. Plus a medicine cabinet with necessary supplies was installed. Vera sang in the Senior Choir, taught Sunday School and was a recording secretary for the SWUD for 15 plus years. After retiring in 2007 Vee, as she was known, moved to Virginia Beach, VA as duty called to help care for her two great granddaughters, whose mother served as a member of the US Navy and their late father who also served. While living in Virginia she joined Enoch Baptist Church, under the leadership of Dr. Michael Daniels. There she sang in the Senior Choir. In 2017, she moved back to LaGrange until God called his heavenly Nurse home on Saturday, January 14, 2023. She is survived by her daughter, Joyce E. Williams, two granddaughters: Khrystylle A. Shepperd and Tiffani L. Williams; two great granddaughters: MaKayla J. Collins and JàNyah N. Collins; one great grandson: Elijah J. Shepperd; four devoted sisters-in-law: Erma, Mary, Clara and Ann; best friends: Mrs. Ruby Dukes, Martha Sheppard, Lucille Adams, Pam Griggs and Fannie Foster; family friends, Laura Hurston, Emma Robinson, and a host of other relatives, friends and close co-workers. And we cannot forget her trusty K-9“Buster”.
See more See Less

In Memory Of Vera R. Griggs