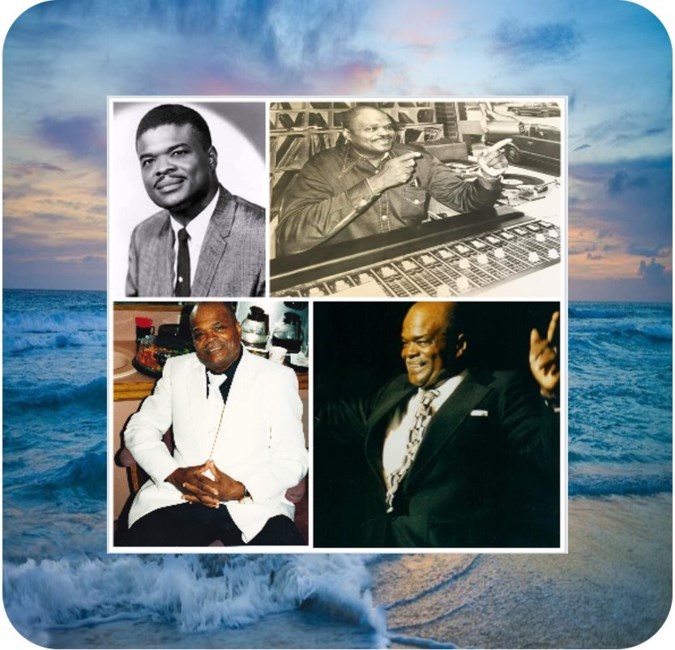 Philip Baptiste was born on March 14, 1926. He was a native of Lake Charles, La. where he launched his singing career. He is most widely known as “Phil Phillips”, singer and sole songwriter of the national/international hit song “Sea of Love,” which he recorded in 1959. He later moved to Jennings, La. where he became the first and only African-American disc jockey for the local country western music radio station KJEF. He quickly became a very popular radio personality, known as “Thē Phil Phillips, King of the World.” Phil’s life was heavily guided by his strong spiritual faith. He used the radio platform to not only entertain listeners with great music, but to also tell stories and teach morals and unity. He was a huge advocate of love in every sense of the word. One of his most famous radio quotes was, “Love your sisters, love your brothers, love one another. Do something to help somebody somewhere. Then you’ll be GREAT! You will be GREAT!” Philip was a loving person who was also loved in return by so many. Regardless of his fame and popularity, he remained humbled. He was a social butterfly who interacted with everyone wherever he went. No matter whom the person was or what his/her status or condition was, he tried to make a positive impact on that person’s life. Whether it was to give guidance, to console, listen, or to lend a helping hand, his love for people emanated with his presence. He made people feel as though they knew him all their lives. Despite the adversity involving his musical career, he treasured and cherished the on-going love and support from millions of fans. He always spoke of them with great love and respect. No matter what part of the world they were from, he was always happy to hear from and interact with his fans. His connection with them meant so much to him. He was humbled by the stories told to him by his fans regarding how he inspired them and impacted their lives in so many ways. Philip had a deep love for family and those he cared about. The dedication and devoted love he had for his wife Bell of 60 years, his children, and grandchildren grew stronger as he grew older. His love for them and selfless acts of always putting them first were shown until the very end. Though it is always so hurtful and difficult to say goodbye to those we love so dearly, knowing that Philip is back Home watching over his family provides steady comfort to us as we wait and look forward to the day we’ll be reunited.
See more See Less