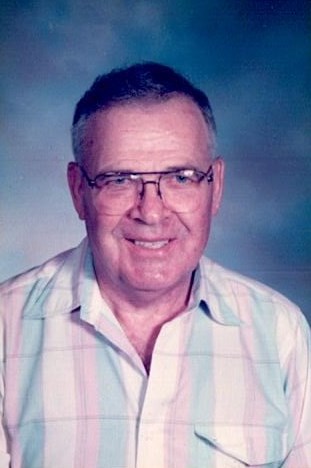 Russell D Foster, age 86 of Saranac Michigan went to his heavenly Father’s home Saturday May 7, 2022 while surrounded by his dear family . Russell was born to Carlton and Mabel Foster on January 26, 1936. Russell was preceded in death by his siblings, Keith, Thelma, CJ and Helen. Russell was the beloved husband of Mary Eleanor (Nash). Russell and Mary were blessed with 56 years together. They had four children Trudy (Walter) McConkey, Jeannie (Daniel) Gildersleeve, Jon Foster and Nathan Foster He was a treasured Grandpa to thirteen Grandchildren. Katie (Micheal), Jared (Lindsey), Keri (Ben), Julia, Cody, Morgan (Jason), Michael, Ashley, Jesse (Brennen), Sara (Nathan), Hannah, Samantha and Jessica. Numerous Great-Grandchildren, many nieces and nephews. Brother-in-law to Jim (Pam) Nash. Russell served in the United States Army and after discharge was called into ministry. He felt the Lord’s calling to serve rural churches. His ministry took him to the Berean Churches in Chadron and Brady Nebraska, Faith Bible Church in Evart Michigan, Antioch Bible Church in Mesick, Michigan, Farwell Community Church, Marion Community Church. When he retired from the pastorate, Russell and Mary moved to Saranac MI where Russell continued to serve God leading a neighborhood Bible Study. The family will celebrate Russell’s life with a private graveside service. In lieu of flowers the family request memorial contributions may be given to The Gideons International.
See more See Less

In Memory Of Russell D Foster