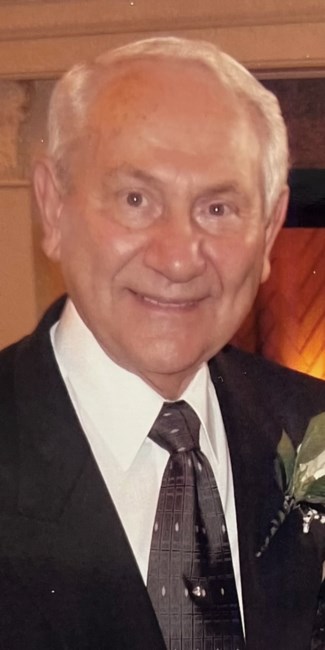 John F. Gatti, Jr. was born in Brooklyn, NY on March 30th, 1940 to Anna & John Gatti. John was 1 of 7 children, twin to Mario Gatti. He graduated Lafayette H.S. in Brooklyn, NY and Attended Brooklyn College. After a long battle John passed away on January 19th, 2023. He worked for a Data Processing Company in 1960 in New York City. He met the love of his life Phyllis in 1959 and they have been married for 60 years. In November of 1962, John volunteered for the Army Reserve. After serving his country, John came home and established John’s Delicatessen on 18th Avenue in Bensonhurst, Brooklyn fulfilling his lifelong dream of owning his own Italian/American Latticine Salumeria & catering. He soon became known to all as the “Mozzarella Man”. In 1999, he moved to New Jersey and continued his career in food management advising young adults to become their own entrepreneur. His legacy continued in many establishments, mentoring many on his unique techniques of making fresh mozzarella. He shared his knowledge during his demonstrations in many adult community clubs. He was President and Vice President of the Italian Culture Club of Lake Ridge for 8 Years. He was Eucharistic Minister for Saint Mary of the Lake Church, a member of The Knights of Columbus as a 3rd Knight as well as treasurer for 2 Years. John also loved to travel, dance with his beautiful wife and believed in living life to the fullest. John loved his life and his family life was always his number 1 priority. John is beloved father to Maria & John Najmy, Diana Gatti, Katrina & James Jacobi. Beloved Grandfather to Thomas, Nicholas, Joseph, Michael, Dylan, Alexis and Gavin. Beloved Great-Grandfather to Rhiannon. Survived by his brother Vincent Gatti and sister Celia Coy along with numerous nieces and nephews. In Lieu of flowers please send donations to St. Jude’s Children’s Hospital. Visitation for John will be held Saturday, January 21, 2023 from 3:00 PM to 7:00 PM and on Sunday, January 22, 2023 from 2:00 to 4:00 p.m. & 7:00 to 9:00 p.m. at D'Elia Funeral Home, 1300 Vermont Avenue, Lakewood, NJ 08701. Mass of Christian Burial will be celebrated at 10:30 a.m. on Monday, January 23, 2023 at St. Luke Roman Catholic Church, 1674 Old Freehold Rd, Toms River, NJ 08755. Immediately after Mass John will be laid to rest in Woodbridge Memorial Gardens, US Highway 1 North, Woodbridge, NJ 07095.
See more See Less

Family Meeting at 2300 before Mass