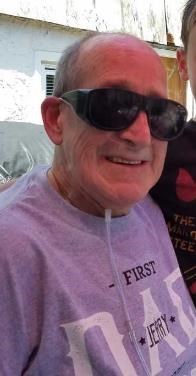 Stanley Edward Brower passed away with his wife by his side on September 22nd, 2022. Stanley was born and raised in Lakewood, NJ. He is predeceased by his parents Stanley W and Charlotte Brower. Stanley is survived by his beloved wife; Patricia, his dear son; Gerald Robert Brower (Helen), his cherished 3 grandchildren Gerald Brower Jr, Jason Brower and Adalyn Brower and his loving brother William Wayne Brower (Linda). Stanley Graduated From Lakewood Highschool class of 67 and then went on to serve his county for 4 years as a member of the United States Air Force during the Vietnam War, mostly stationed in the Philippines. Stanley worked for the United States Post office for 15 years & was a volunteer fire fighter with Fire Co. #1 of Lakewood, NJ. Stanley in his later years enjoyed cooking and baking, known for baking his nieces and nephews birthday cakes each year, completing puzzles and most importantly spending time with his family who will miss him dearly. A memorial service for Stanley will be held at a later date at the Brigadier General William C. Doyle Memorial Cemetery, Wrightstown, NJ
See more See Less

In Memory Of Stanley Edward Brower