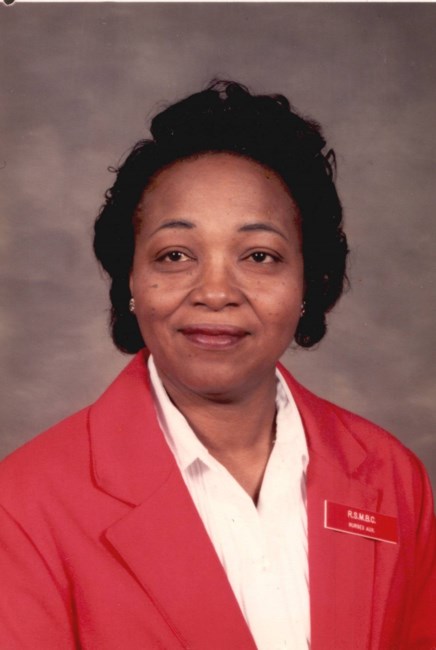 Mary Opal BRADFORD, age 88, of Texas City, Texas passed away on Saturday, January 15, 2022. Mary was born March 26, 1933. A visitation for Mary will be held Friday, January 21, 2022 from 9:00 AM to 10:55 AM at RISING STAR BAPIST CHURCH, 302 N OAK ST, TEXAS CITY, TX 77591, followed by a funeral service from 11:00 AM to 12:30 PM. Mary Opal Walker Bradford was bom March 26, 1933 in Grapeland, Texas to the union of the late Sammie Walker and Angie Brown Walker. She was educated in the public school system and graduated in Grapeland, Texas. She moved to Galveston Texas to attend UTMB School of Nursing where she graduated as an LVN. She was married on May 25, 1954 to the love of her life, Horace Lee Bradford for 57 years when he preceded her in death, Two children were born to this loving union, After moving to La Marque, she united with Rising Star Missionary Baptist Church where she served 50+ years. She was a dedicated member of Circle #1 and served as president of the Nurses Auxiliary for many years, She also was a member of the Deacons and Trustees wives. Following her graduation from UTMB School of Nursing, she was employed as an LVN at John Sealy Hospital in Galveston and later at Memorial Hospital of Galveston County; retiring in 1986. Her favorite hobby was quilting and she sold many of her quilts through craft shops on the Strand in Galveston, Texas for several years. She took pride in the fact that her handmade quilts were often purchased as gifts for military family members and service personnel stationed in Germany, Japan, and the Middle East. She was fond of saying "I have never left the USA, but my quilts have traveled the world." Mrs. Bradford suffered a progressive stroke on December 23, 2021 and a few weeks later went home to be with The Lord on January 15, 2022. She is survived by daughters, Alice Bradford Medcalf and Barbara Bradford; brother Lawrence Lee Walker; and a host of nieces, nephews, family members and friends,
See more See Less

In Memory Of Mary Opal BRADFORD