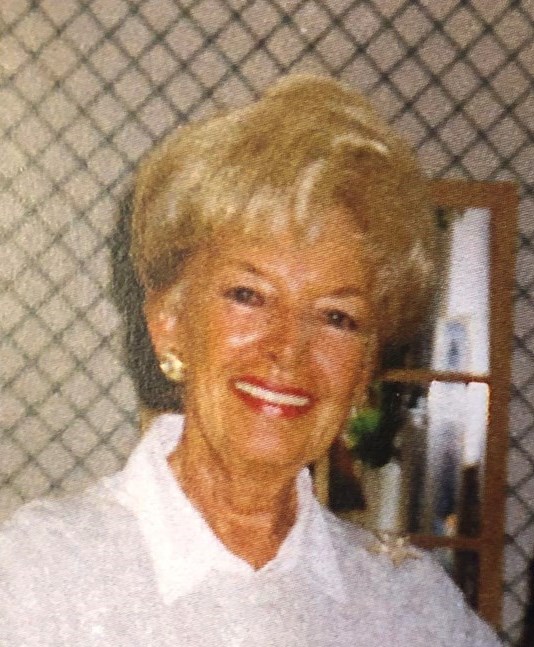 Joan Sue Householder, 89, passed away on September 20, 2021. Joan was an identical twin born June 4, 1932 to the late John and Edna Shaw. Joan grew up in her family home on North Columbus Street, known as The Mellman Inn, a popular banquet facility run by her grandmother and parents. All of her siblings; Norma, Marjorie, John Jr., and her twin Carol played a role helping to host weddings and parties for every occasion while growing up. This experience undoubtedly led to her life long passion for hosting and attending gatherings. Joan and Richard Householder were married in 1953 after his return from serving in Japan during the Korean conflict. Her daughter Cynthia, and son Oakley were born in the coming years. She cherished time spent with friends and family. Joan became an avid golfer, a ladies club champion with a competitive spirit. Equipped with a quick wit, a great sense of humor, she possessed a determination to make those around her laugh and enjoy their time together. A beloved and youthful grandmother to two grandsons, she was ready and willing to participate in card games or monopoly marathons. She will be greatly missed by family and friends. Joan was a life-long member of St. Peter's Lutheran Church. She volunteered with the We Care Clothing Corner ministry and the West After School program. She was preceded in death by her husband Richard, twin sister Carol Auth, sister Norma Stover, brother John (Pete) Shaw, Jr., and infant daughter Heather. She is survived by her daughter Cynthia (Gary) Cook of Lancaster, son Oakley of Upper Arlington, grandsons Jay Darfus of Scottsdale, AZ, Stuart Darfus of Dover, Ohio as well as her sister Marjorie Hix of Parrish, FL, brother in law Thomas Householder of Lancaster, special friend Emma Jean Curtice, faithful companion Mr. Duesenberg, and numerous nieces and nephews. A special thank you to all the ladies who helped with Joan's care over the years: Tami, Paula, Bobbie, Donna, Karen, Cara, Carla, Mindy, Kim, Patty, Robin, Diana, Melissa, and Tammy Slicer, CNP. A celebration of life will be held at a later date at the convenience of the family. Memorials may be made to St. Peter's Lutheran church kitchen renovation fund.

In Memory Of Joan Householder