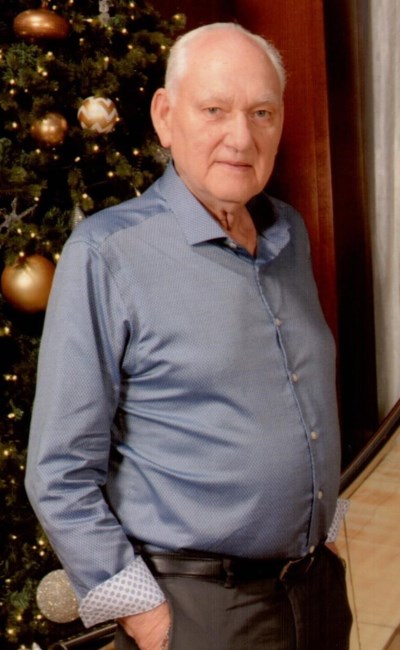 William Keith Rich was born September 7, 1938, the youngest of three boys to Ray and Eileen in New Westminster, BC, Canada. On April 5, 1958 he married Kathleen Naomi Torey in Bellingham, WA, USA. They were supposed to elope but the story is that he could not go without telling his parents so there were a few guests present and they had to wake up the minister to perform the ceremony. Keith and Kathy soon had 2 daughters. Keith was first a butcher trained by his father, then he owned a Mr. Mikes steakhouse and finally he was an excellent handyman. Keith is predeceased by his parents, his spouse Kathy and a brother Mel. He is survived by a brother Cliff, daughters Sheri and Sandi, son in law Rod, 4 grandchildren and 3 step grandchildren. A Celebration of Life will be held on Thursday, May 5th from 2-4pm, at Henderson's Langley Funeral Home. In lieu of flowers, donations can be made to B.C. Cancer Foundation.
See more See Less

In Memory Of William Keith Rich