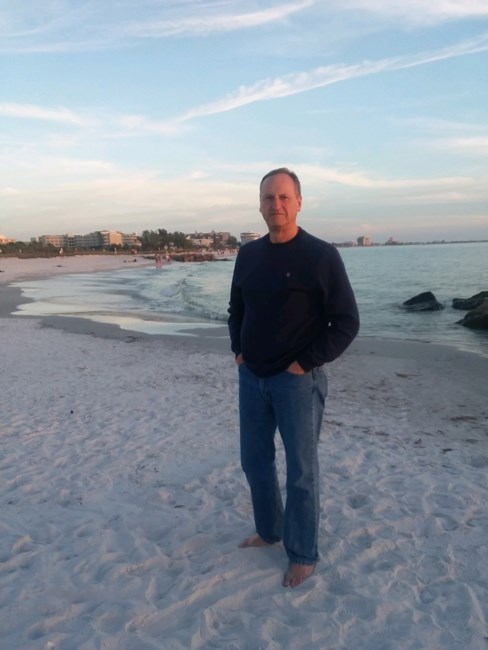 Donald Lee Johnson Donald Lee Johnson loving husband, father, brother, and loyal friend passed away unexpectedly on September 13, 2022, in Tempe, AZ. Don was married to his wife, Angela Huntoon, on October 20, 2017, and she survives him. He graduated from Michigan State University with a degree in Accounting, and worked for the State of Michigan, Michigan State Housing Development Authority (Finance Division) for over 40 years where he made numerous friends who made his life better, as well as he did theirs. Don’s greatest joy in life was being a father to his son, Scott. As Scott was growing up, there were many trips to professional sporting events and amusement parks that Don recalled frequently and fondly with great detail. There were endless phone calls to discuss the latest events in the sports world whether that be the football draft, Tigers games, or a newsworthy stunt performed by a professional or collegiate athlete. Up to his last day, almost every phone call with Scott ended with “Love you, Sweetie”. In his younger years, he was an avid athlete competing in numerous sports, especially basketball and baseball, where he played on local teams well into his fifties. Don’s athletic abilities were later transformed into the management of his DraftKings account which brought him hours of entertainment. Since a young boy, Don was fascinated with and loved the stock market spending hours each day watching the business channel, reading Barron’s, and managing his portfolio. He loved road trips with his wife to nowhere, visiting casinos, and trying to prove he was a human homing pigeon on the way home; sometimes successfully and sometimes not. Donald Lee Johnson loved his life! He was a genuine and simple man who was always content with what he had and was never envious of others. He said often that he wished he could go back to 27 and do it all again, and he never understood why you couldn’t be retired when you were young and work when you got old. Most days he started by doing a little dance for his wife which was as annoying as it was endearing. Dancing was always followed throughout the day by several made-up jingles belted out of nowhere which were typically met by the suggestion that he did not quit his day job. Despite Angela's lack of affinity toward his dancing and singing antics, there was never a day that went by when Don did not express his love and adoration for her. He was always the first to crack a joke be it appropriate or otherwise; usually otherwise. In addition to his wife, Don is survived by his son Scott (Megan) Johnson, sister Alma Stearns, step-daughter Katelyn Huntoon (Jon Hayward), step-grandchild Kiera Haver, and nephew Jeffrey Stearns, and many more loving extended family members. He was preceded in death by parents Earl and Della Johnson, wife Dolores Johnson, brothers Larry and Jack, brother-in-law Duane Stearns, and nephew Ronald Stearns. A Visitation will be held Friday, September 23, 2022 from 11:00AM – 1:00PM at Gorsline Runciman Tiffany Chapel, 3232 West Saginaw St, Lansing, Michigan 48917; followed by a Funeral Service at 1:00PM. Interment will take place on Friday, September 23, 2022 at Chapel Hill Memorial Gardens. In lieu of flowers the Johnson family asks for memorial contributions to be made in Don’s memory to a charity of one’s choice. Fond memories and expressions of sympathy may be shared at www.tiffanyfuneralhome.com for the Johnson family.
See more See Less

In Memory Of Donald Lee Johnson