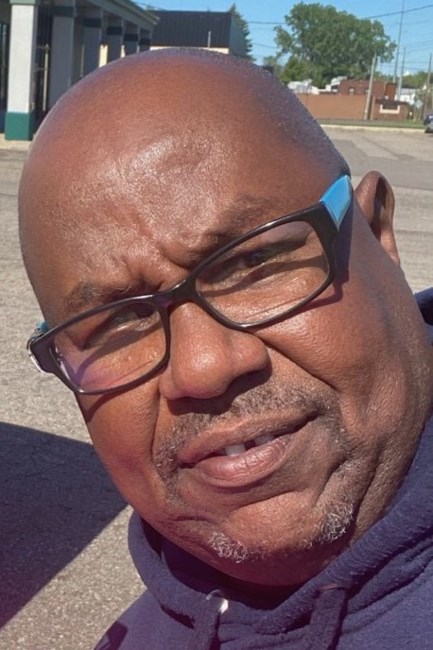 Edward Kem Adams, age 56, of Lansing, Michigan passed away on Tuesday, January 18, 2022. Edward Kem Adams was born on August 3, 1965 to Jearline Adams and O.C. Dixon in Lansing, Michigan. Kem, affectionately known by his family and friends, attended Lansing Public Schools including Walter H. French Junior High and Everett High School. While attending Everett, he followed in his older sister Darlean’s footsteps and played basketball. While following his older sister, he was the recipient of several whooping’s for riding their bikes to the Eastside after being told not to leave the house (Jearl caught em’ every time). After high school, Kem briefly attended Lansing Community College and worked for a number of years at the Harrison Roadhouse, DeVos Place Convention Center in Grand Rapids, Michigan and for his nephew Alvin at Need-It-Clean. Kem has always had a big heart to help others and volunteered at several local charities including the Advent House Ministries where he looked forward to the monthly Sunday meals catered by Dr. Joan Jackson Johnson. Anybody that knows Kem knew he loved to eat and didn’t have a problem saying “Give me a little of that to go” while pointing at ALLLLLLL of the food. Kem leaves to cherish his memory daughters Regina Adams of Evergreen, AL; J’Decka and Octavia Adams and son Latavis Adams, all of Lansing, Michigan. Sisters, Verlinda Beasley, Darlean & Monica “Lulu” Adams and Shauneen (JB) McClain of Lansing, MI and Shirel Adams of Ashdown, AR. Brothers, Ricky Adams of Lansing, Michigan and Preston Adams of Killeen, TX. He also leaves grandchildren Demarcus Thomas, Damarion & Dorian Watson, Kadarius & Kaleb Holt, Nova, Roshon & A’Janae Adams, Kaleah & Neveah Thompson, Aaniyah Brown-Adams, Ma’Kaela Wheeler, Emonii, Mahki & Anessa Adams and great-aunts Nola Jean Curry of Indianapolis, IN and Carolyn (David) Pirtle of Gary, IN. Lastly, Kem also leaves the children of the late Angie Beasley as he has been a part of their lives for many years along with a host of cousins, nieces, nephews, and special friends he’s met throughout his life. He was preceded in death by his parents Jearl and O.C.; stepfather, Ezell Adams; son, Michael Adams and brothers Larry “Puncho” Adams, Henry Ray Adams, Michael Adams, Gary Adams and Clyde Adams. A visitation for Edward K. Adams will be held Tuesday, January 25, 2022 from 11:00AM to 12:00PM followed by a funeral service at 12:00PM at Gorsline Runciman Funeral Home - Lansing Chapel, 900 E. Michigan Ave Lansing, MI 48912. Contributions are suggested to the family. Fond memories and expressions of sympathy may be shared at www.grlansing.com for the Adams family.
See more See Less

In Memory Of Edward (Kem) Adams