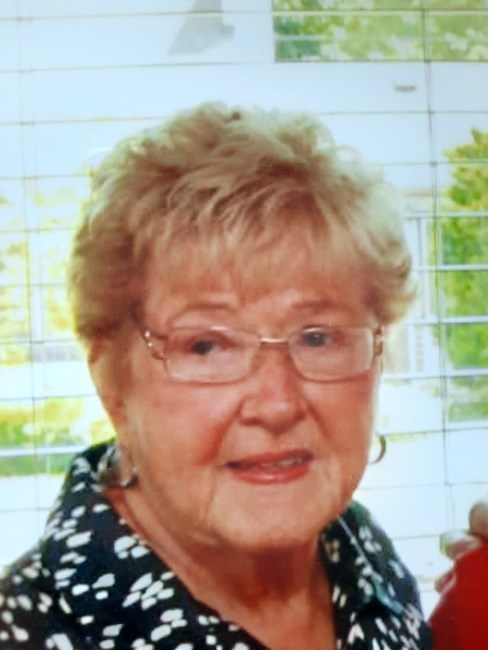 Marjorie Eileen (Britton) Cook, aged 95 of Lansing area passed away peacefully on Friday September 16, 2022. Marjorie, who usually went by the name Marge had a smile and a positive attitude most days. She was born in Coldwater, Michigan; spent her youth in Perry; raised a family in Lansing Township and in later years spent quite a few active years at GrandHaven Manor in Lansing. Marjorie was born on August 6, 1927 the daughter of Hiram and Thelma Britton. Marge was an avid bowler and was inducted into the Greater Lansing Bowling Hall of Fame in 1998. In later years she loved going to casinos and playing cards when she could. Marge was married to Kenneth Cook in 1969. They enjoyed traveling and camping together. Ken predeceased her in 2005. She is survived by her eldest son Stephen Wilson and his wife Ann Wilson; son Craig Wilson and his wife Peggy Tobin. Her three close grandchildren Jordan Wilson and wife Roxanne Wilson; Lauren Wilson Faul and husband William Faul; and Tommy Hufnagle and wife Dawn Hufnagle. GG also leaves behind 8 great grandchildren. She will be missed by all. A memorial service for Marjorie will be held Saturday, October 1, 2022 from 12:00 PM to 1:00 PM at Gorsline Runciman Funeral Homes, 900 East Michigan Ave, Lansing, MI 48912, followed by a reception at the funeral home.
See more See Less

In Memory Of Marjorie Eileen Cook