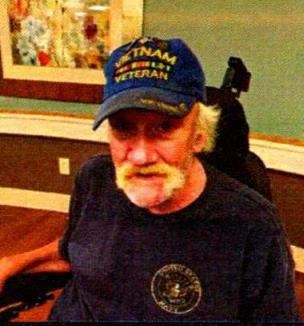 Richard Arthur Croy II was born on January 7, 1945 in Jackson, MI to Richard and Elizabeth (Comloquoy) and passed away in Lansing, MI on Monday, July 12, 2021.

Richard was an art teacher and a soccer coach. He spent ten years coaching soccer and even coached his son’s team, the “Big Dogs”, into an undefeated victorious streak. He was an avid Michigan sports fan, rooting for both sides, MSU and U of M, he self-proclaimed himself as a, “State of Michigan Fan”. He made a career out of sports, working at both CBS Sports and Magic Johnson Softball Classic and loved what he did. Richard was a proud Vietnam Air Force veteran. But above all else, Richard loved spending time with those he loved, especially his three sons and his best friend, “Uncle” John.

Richard is survived by three sons, Joshua, Bryan, and Eddy “Big Ed” and two sisters, Barbara (Don) and Marcia (Dennis). He is preceded in death by his parents.

A celebration of life will be held at a later date.

In Memory Of Richard Arthur Croy