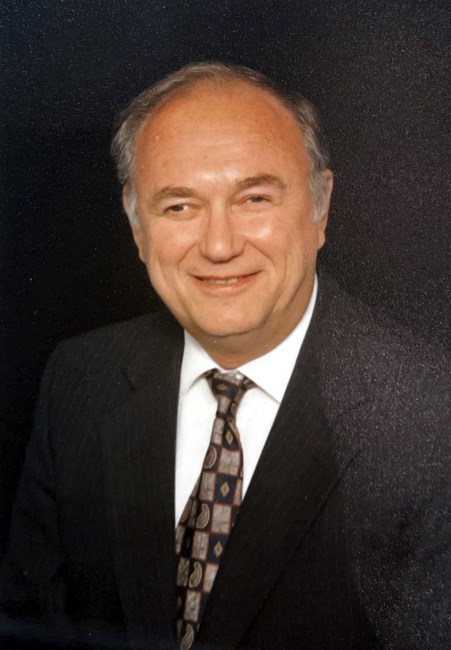 Harry Andruszko, 80, of Largo, Florida passed away January 22, 2023, at HCA Florida Largo Hospital surrounded by his family after complication of a Sub Cranial Hematoma. He was born in Philadelphia, Pennsylvania to Harry J. and Florence McCloskey Andruszko on March 8, 1942. He moved to Florida as a teenage in 1957 and attended Largo High School, where he met Gerry Phillips in the Largo High School Band. They were married on July 28, 1963 and made Largo there home. Harry attended Tomlinson Vocational School receiving a degree in Drafting. His first job was with Thompson Tool & Die, giving him the experience necessary to apply for a job at Honeywell. He became a design draftsman there and worked in the space industry for 6 years. Although he enjoyed his time there he took advantage of the opportunity to work in his father-in-law's plumbing company. Later he used that knowledge to become a plumbing inspector for the City of Largo, which lead to a supervisory position in the building department at the City. His greatest accomplishment was his children, Kimberly and Michael. He was excited when his son and daughter-in-law, Melissa, announced he was going to be a grandfather (Pa Pa). Chloe was the first born and Owen followed. Harry was always involved in his children and grandchildren's lives. He coached both boys and girls baseball, softball, and soccer. Even having an undefeated year of baseball. He loved taking vacations to the mountains, Disney and cruising with the grandchildren and family during the summers. He enjoyed working on model trains and couldn't wait to start up the engine and watch the look on faces as it chugged around the track. It was an on going project and hobby that brought joy to all. Harry's faith was very important to him and he became a member of Calvary Baptist Church in Clearwater in March of 1982. He taught 2nd grade Sunday School for several years and he was involved in the Church Choirs Easter and Christmas Programs. Even traveling to Mexico City and Costa Rica on mission trips. He would start growing his beard in preparation for these cantata's which gave a heads up to co-workers it's time to buy your tickets. He is survived by his loving wife of 59 years, Gerry; children, Kim Andruszko of Largo, FL, Michael Andruszko of Indian Harbour Beach, FL, Melissa Burroughs Andruszko of Indian Harbour Beach, FL - Grandchildren, Chloe Andruszko, Owen Andruszko; one sister Florence Andruszko Klitsch ; His brother-in-laws George Klitsch, and Ron Slaughter; sister-in-law, Judy Phillips Slaughter as well as beloved cousins, nieces, nephews, and dear friends. He lived a full blessed life surrounded by those who knew and loved him. Family and friends are welcome to attend a celebration of life, which will be held at Serenity Gardens at 13401 Indian Rocks Rd., Largo, FL 33774 on Monday, January 30 with viewing at 1:00 followed by Memorial at 2:00 and Graveside at 3:00.
See more See Less

In Memory Of Harry T Andruszko