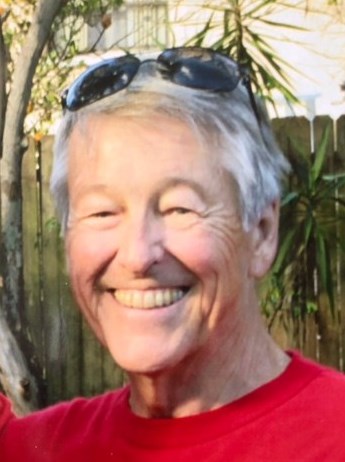 DITTMAR, Robert Dennis “Bob”, 74, died from heart failure on December 11, 2017. He was born August 27, 1943 in Michigan. He attended Wayne Memorial High School and obtained a Bachelors and Master’s degree from Western Michigan University. He retired from Raytheon where he worked in Contract Management. Bob was an avid outdoorsman who loved biking, boating, fishing, kayaking, scuba diving and snow skiing. He grew up playing ice hockey and he was on the swim team in high school and college. As an adult, he played soccer and competed in triathlons. Later in life, he obtained his boat captain’s license and helped to move boats up the east coast. He was active in the Indian Rocks Beach community and served as President of the Rotary Club. He adored and was adored by his family. He always had a warm smile that lit up his face and he loved to welcome all to his home, Bob’s Resort. He is preceded in death by his parents, Helen and Raymond Dittmar, his step-mother Margaret Dittmar and his older brother Ray Dittmar. He is survived by his children Ryan (Angie) Dittmar and Lynne (Dennis) Liberatore; grandchildren Bryce, Sarah and Danielle; his companion Joan Kelly; his brother Rod (Rachel) Dittmar; his sisters-in-law Karen Dittmar and Debbie Amato; his step siblings Colleen Teevan, Mo White and Denny (Pat) Chisholm and his many nephews and nieces. A celebration of life will be held at Serenity Funeral Home in Largo, Florida at 10 am on January 27, 2018. In lieu of flowers, please make donations to Tampa Bay Watch or Ocean Conservancy.
See more See Less

In Memory Of Robert Dittmar