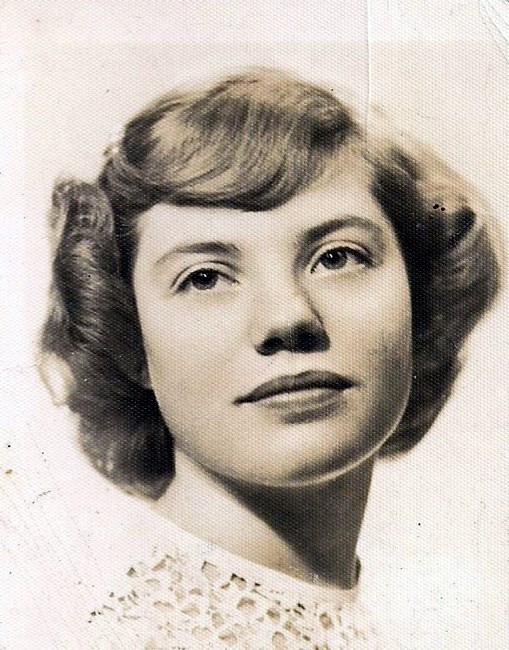 Ruth Isabel Beach died suddenly in Largo, Florida on January 13th, 2015, following several years of suffering from advanced dementia. Born on June 7th 1931, she was 83 years and seven months old at the time of her death. She is survived by her brother Robert Beach, her daughter Jennifer Ruth (“Gigi”) Foster, several cousins and nephews, and two grandchildren, Neil Ewan de Montcalm Baker and Sienna Gigi d’Hauteclaire Baker. Ruth Beach was born in Rochester, Minnesota, the second of five children of Thelma Hord and Howard Beach. She was raised in Oneida, New York and lived at various points in New York City, Princeton, NJ, Pittsburgh, PA, Sylvan Beach, NY, St Petersburg, FL, and Largo, FL. Though she died a widow, Ruth was married three times: to Joe Connolly, William Foster, and Stanley Krupa. Of these, her marriage to Mr Foster was the longest, at almost 30 years, and the sole union to produce offspring. An academically gifted student, Ruth attended high school at Drew Seminary for Girls, studied as an undergraduate at Duke University and Antioch College, and then earned her PhD in clinical psychology from Columbia Teachers’ College in 1964. During her career she worked variously as a university educator, counsellor, and administrator at Princeton University, Carnegie Mellon University, the University of Pittsburgh, and Colgate University. While at CMU, Dr Beach served as the chairperson of the Commission on the Status and Needs of Women at CMU, whose final report in November 1971 provided systematic documentation of widespread discriminatory practices, many of which were then quickly rectified by university administrators. Dr Beach was also active in the Greater Pittsburgh Psychological Association (serving as the chair of its Professional Psychology Committee) and the Pennsylvania Psychological Association (serving as its secretary) for several years. In addition to her university work, Dr Beach opened a clinical practice in 1977 and operated it for 13 years, serving during that time as one of Pittsburgh’s leading cognitive behavioral psychotherapists. Apart from her many professional activities, Ruth was a world traveller. She steamed around the world twice with the Semester at Sea program (once as a faculty member); participated in the women’s Peace Train movement across Europe; and embarked on travel adventures in Kenya, Brazil, Australia, China, Thailand, and far more countries too numerous to count. Intrigued by different cultures and peoples, and particularly keen to understand the position of women in diverse societies, she frequently shared her travel experiences and reflections through talks hosted by community groups and travelogue-style writing for newspapers such as the Oneida Daily Dispatch. Ruth touched many lives with her giving nature, her infectious dynamism and her inquisitive spirit. A fund is being established in her name that will extend the reach of her influence by supporting innovative behavioral research investigations by women around the world. The fund, to be known as the Ruth Isabel Beach Memorial Fund, will target promising late-stage PhD students and early-career researchers based outside the first world and working in the behavioral sciences – particularly psychology and economics – whose work holds the potential to advance cross-cultural understanding, the status of women, and peace. Academic oversight and administrative direction for this fund will be provided by Ruth’s daughter Dr Gigi Foster, Associate Professor of Economics at the University of New South Wales in Sydney, Australia (https://www.business.unsw.edu.au/our-people/gigifoster). For more details, or to make a contribution to the Ruth Isabel Beach Memorial Fund, please contact Gigi at gigi.in.oz@gmail.com.
See more See Less

In Memory Of Ruth Isabel Beach