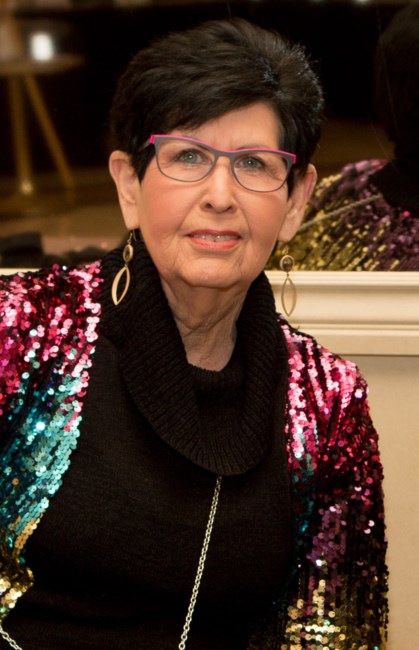 CAROL JEFFRIES, FORMER EXECUTIVE DIRECTOR AT TEMPLE BETH SHOLOM, DIES AT 79 Carol Renee Jeffries, former executive director and assistant to Rabbi Felipe Goodman at Temple Beth Sholom for more than 20 years, passed away on May 8, 2022. Carol was preceded in death by her father, Jack Luftschein; mother, Ida Levine; sister, Lila Luftschein and her loving husband Julian “Jeff” Jeffries. Carol worked tirelessly for Temple Beth Sholom. In addition to administration, her touch was felt by B’nai Mitzvah students, conversion class students, wedding couples and all Temple customs, religious services and rituals. She was one of the founding members and co-administrator of the Audrey Merkin Scholarship Fund for March of the Living which sends local teens on the life-changing trip to Poland to study the Holocaust while examining the roots of intolerance and hate. Carol’s passing has left a hole in the hearts of her “adoptive” grandchildren, Yoshua, Dani and Ari Goodman. Her dear friends locally, nationally and from her travels around the world have sent condolences describing how they will never forget her. Donations in Carol’s memory can be made to Nathan Adelson Hospice or to the Audrey Merkin Scholarship Fund in care of March of the Living at Temple Beth Sholom.
See more See Less

In Memory Of Carol Renee Jeffries