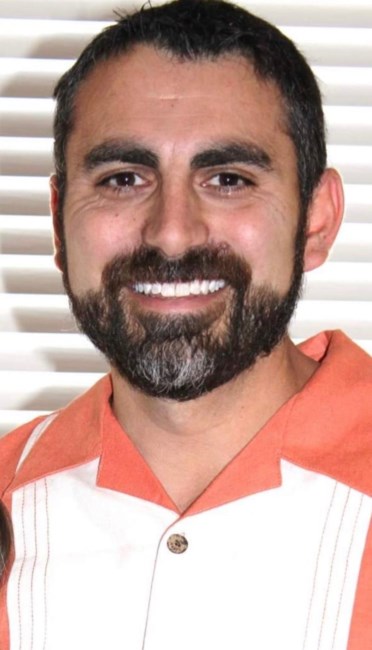 Douglas Xavier Castillo was born December 26, 1969 in Los Angeles, California to Judith “Judy” Carol Banks and Oscar Rodolfo Castillo. He left this Earth too soon at the age of 49 on September 19, 2019. Doug was raised in Connecticut by Judy, alongside his baby sister Carmen. He attended Eastern Connecticut State University and graduated with a degree in education in 1995, and then moved out west to Las Vegas where he established himself in the construction industry. Doug began as a prep guy for KB Home, and most recently served as Vice President of Operations for Beazer Homes. He was well-respected in the industry, and chances are you may walk through the door of a house in the Las Vegas Valley that he helped to build. Aside from his career, Doug will be remembered for his gregarious nature. Whether performing the Rock Lobster dance at the Coast Guard House in Rhode Island, or calling a friend using a crazy voice, Doug was counted on to entertain and make us all laugh. He had his leisure suit, Obi Juan sombrero, or Jedi cloak ready to wear at a moment’s notice. Many benefitted from Doug’s kind-hearted soul, but none more than his only child, Olivia, whom he adored and laughed with the most. Doug was preceded in death by his mother, Judy, his father, Oscar, his stepfather, Bradley Hauschultz, and his stepfather, David Smith. Doug is survived by his daughter, Olivia Castillo of Las Vegas, NV; his sister, Cristina Angarola (Jessica) of Los Angeles, CA; his sister, Carmen Ureno (David) of Champaign, IL; his nieces and nephews: Michael, Sierra, Luca, Cannon, and Zerren; his grand-nephew: Dazin; his daughter’s grandparents, William and Debra June; his daughter’s mother, Brandy Castillo (John); and his partner, Sindy Rich. Until we meet again, Jedi Master, we’ll think of you doing the Safety Dance at the Mos Eisley Cantina in Heaven. In lieu of flowers, donations can be made to the American Heart Association. https://www2.heart.org/site/SPageNavigator/donatenow_heart.html Please join Doug’s family immediately following the Celebration of Life to continue to share stories from 4:30 pm to 7:00 pm at: Celebrity Cars Las Vegas 7770 Dean Martin Drive, Suite 301 Las Vegas, NV 89139
See more See Less

In Memory Of Douglas Xavier Castillo