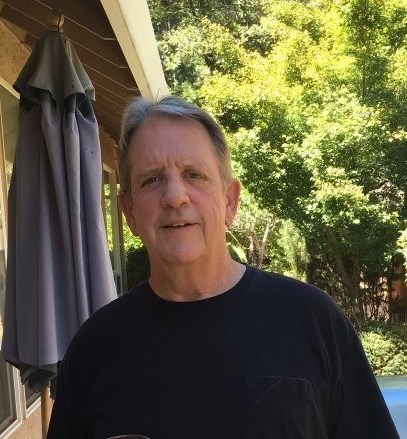 George Albert Bell, 71, of Henderson, Nevada, died on May 11, 2022. He enlisted in the Navy after graduating from Concord High School in California, and was honorably discharged in 1973. George majored in music at Cal State Hayward and played the double bass, bass guitar, piano, and tuba. Later, he worked for PG&E utilities for 36 years. George escaped the wildfire, the worst fire in California history, in November of 2018. He recorded himself escaping the fire (man-escapes-camp-fire on YouTube), which is now used as a training video by the police and fire departments. George's wife Debora, son Nick (Diana) and grandson James, his daughter Kristen (Jim) will all miss him tremendously. George will be remembered for his heartfelt cooking for family and friends, his amazing humor, and his love of music! While he enjoyed watching golf, he also enjoyed playing it, as well as softball with Nick. George adored the San Francisco Giants and enjoyed watching them play almost as much as coaching little league and youth soccer. George was a member of the Knights of Columbus and had a strong faith. George's funeral will be held at Southern Nevada Veteran's Memorial Cemetery, 1900 Veteran's Memorial Drive, Boulder City, NV 89005, on Monday, May 23, 2022, from 9:20 a.m. For the BELL family, please visit www.palmeastern.com to offer fond memories and condolences.
See more See Less

In Memory Of George A BELL