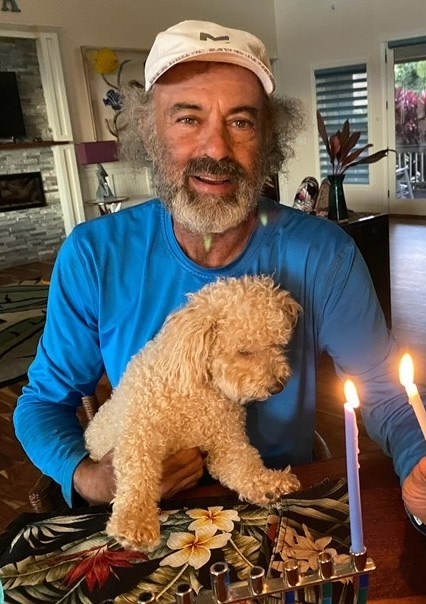 Jeff Gale remembered for love of people, planet and animals. It was common for Jeff Gale to strike up a conversation with a stranger in an elevator or in line at the store. The longtime Las Vegas resident simply loved to meet new people, and he took an interest their stories, his wife, Janie Gale, said. “It didn’t matter if he was talking to the king or a janitor, he treated everyone the same,” Gale said. “It was so genuine. He wanted to make people happy.” Jeff Gale, a photographer, conservationist and advocate for animals as part of The Animal Foundation, unexpectedly died Monday. He was 68. Gale was a board member at Conservation International, which works to protect nature through advances in science, innovative policy and global outreach. It’s a mission he was passionate about, as he planted hundreds of trees over the years in Las Vegas and at a second home in Maui, Hawaii. He would often save trees torn down for construction and replant them, Janie Gale said. “He was determined to save this planet,” she said. “His life’s work was planting hundreds, thousands of trees. He was deeply concerned about climate change.” Jeff Gale, a lifelong dog owner, was equally passionate about animals. The Animal Foundation, where he was a longtime leader, is one of the highest-volume single-site animal shelters in America and takes in any animal in need. “He loves his puppies,” Janie Gale said. “He poured blood, sweat and tears into the foundation for years.” Jeff Gale in the 1980s owned Photo Finish on Industrial Road behind the Stardust. Many of his photos appeared on advertising billboards throughout town. And it was because of photography that he met his wife. He kept seeing Janie at various events around town, snapping her photo and telling her to stop at the shop to pick up the print. After brushing him off a few times, she went with him to the Monday night jazz show at Four Queens, and the two remained together for nearly four decades. “He was somebody who lived for the moment,” she said. “He was never angry and never held grudges. ... He was a very loving, kind and compassionate human being.” Jeff Gale is also survived by children Harrison Gale (Katarina), Ariel Gale (Matthew Reamer) and Jesse Gale. A memorial service is scheduled for 10 a.m. Wednesday at King David Cemetery, 2697 East Eldorado Lane in Las Vegas. In lieu of flowers, please send donations to Conservation International in Jeff's honor. Janie Gale is the sister of Sun publisher Brian Greenspun. By Ray Brewer Las Vegas Sun
See more See Less

In Memory Of Jeffrey F. Gale