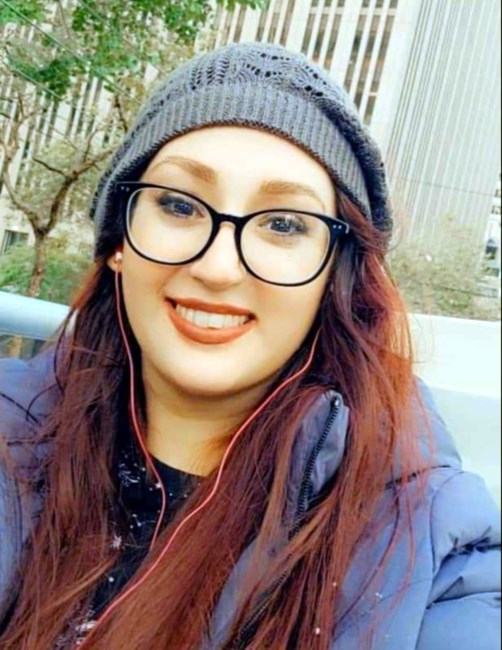 Kristen Danielle Hanks, 30 years old, from Las Vegas, Nevada passed away on July 25, 2022. Kristen was born in Las Vegas on October 4, 1991 to adoring parents, Joseph Darin Hanks and Tanya Marguerite Stough. She had the great opportunity to live with her grandparents, Joe and Janis Hanks, in Utah, where she was smothered with love and lifelong experiences. Retuning to Las Vegas, she continued to spend numerous summers and many holidays in Utah. She graduated with honors from Del Sol High School in the Class of 2010 where she grew a love of volleyball. While still in high school, Kristen worked for Craig P Kenny (CPK) & Associates and remained working there while attending college. She had inspiring mentors who pushed her to be the best. Although CPK’s ultimate goal was to have her graduate with a Law Degree, Kristen’s passion was in helping others through the medical field. She made the decision to fulfill her dream and graduated from college with her nursing degree in December of 2018. Kristen continued to play volleyball and kickball as an adult with friends. Kristen began her nursing career at Sunset Ridge Surgery Center where she brought her “A” Game into the field. Bringing her bright smile, jokes, and overall corky persona, she continued her journey and moved to Seven Hills Surgery Center while simultaneously working for Sunset Ridge in her spare time. Kristen had just been promoted to Charge Nurse and was excited for the advancement. Kristen spread herself thin between juggling work, friends and family. She had just began coaching preteen volleyball and strived to inspire the girls both on and off the court. She also volunteered every summer at Camp Independent Firefly, a camp for pediatric cancer patients and their families. Kristen was a silly, fun loving soul who was always singing and dancing bringing life to any gathering. She could recite any and every old Disney movie/song. Becoming a friend of Kristen’s meant you had a new best friend. Every friendship was truly her best friend as she loved all whole heartedly, without judgment. Kristen was a leader and was known to keep her brothers in line and made sure she stayed active in their daily lives, often giving advice or providing a shoulder with a compassionate ear. Kristen gave 100% in every aspect of her life and was a beautiful nurturing individual with tenacity. She brought so much joy to the world. Kristen will be forever missed by her proud Father, Joseph Darin Hanks, Mother, Tanya Marguerite Deitrich, Step Father Jeffrey Deitrich, Brothers- Joshua, Zachary, Trey, Braiden and Alex, Step Sister- Breilynn. Grandparents – Joseph Sterling Hanks (deceased) and Janis Hanks, Richard L Stough II, Marilyn (Boyle) Winn and Dale Winn (deceased); and Elda Leavitt Millett and Therrol Millett. Aunts - Sasha Stough and her children Megan Stough, Erik Stough, Nicole and Nehidy and our lovely little Marilyn Rose Stough, Liz Ginsberg (David). Aunts and Uncles - Stephanie Hanks (Joli), Jeff Hanks, Allison Hanks Shelley (Rawlin), Sterling Hanks (Steve), Joseph Sterling Hanks, Jr. (Xiaoli), along with her extended family members. Kristen was greeted in Heaven by her Grandfather Joseph Sterling Hanks and Grandmother Marliyn (Boyle) Winn and Grandfather Dale Winn. May she rest in peace. A public viewing and service will be held on August 13, 2022 at Palm Mortuary. Visitation from 5:30pm-7:00 pm, followed by a service from 7:00-8:00 pm. The service will be available via livestream. Kristen Danielle Hanks’ final resting place will be in Mt Pleasant Utah, next to her loving Papa Joe on August 16, 2022 at 11:00 am. Her Celebration of Life and Tree Dedication is tentatively scheduled for October 4, 2022 (her birthday) at Sunset Park in Las Vegas, Nevada. Details will follow at a later date.
See more See Less

In Memory Of Kristen Danielle Hanks