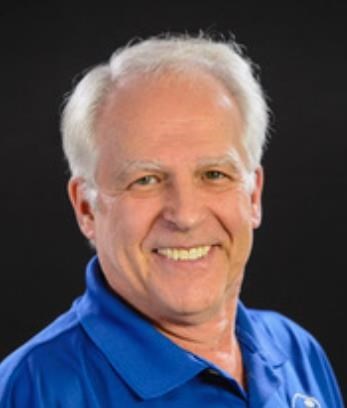 Mark Gelles Griffin, age 76, died peacefully on Friday, January 13, 2023 in his residence in Henderson, NV. He was born on October 31, 1946 in Anchorage, Alaska, baptized Catholic, and grew up in an historic house built by his maternal grandparents. He graduated from Alaska High School in 1964, attended the University of Alaska, and built a staggering number of businesses in Alaska. He seemed to excel in whatever he attempted. For example, he logged every pool table he recovered in a book, and only stopped the log when he exceeded 1,000 tables. Because his work had earned the favor of the military in Alaska, they sent or transported him to recover tables at major bases throughout the state, which led to some unique travel experiences. He was the first civilian to travel the original Haul Road to the Arctic oil fields and he was flown by helicopter to a remote military location— both to cover pool tables. Mark honed his entrepreneurial skills in Alaska in a true American pioneering tradition. He was a tireless creator of new enterprises. Of his miniature golf course, Mark once said, “I had 200 people playing miniature golf at two in the morning … in Alaska!” He owned a used car lot, started a car and truck hauling service, and bought and sold classic cars. Interestingly, he once owned a novelty car with two front ends, that could be driven in either direction. In 1985, he married Sue Griffin (Tim) Konke, of Port St. Joe, Florida, who was an active business partner in many endeavors. Their highly successful Alaska Bingo Supply cornered the bingo market, the outstanding Alaska Billiard Palace gained national recognition, and they acquired multiple commercial and residential properties. They also made various investments stateside, including billiard rooms in San Diego. Mark is remembered to this day by the Alaskan billiards community in the Alaska Griffin Cup, a championship which rotates annually between Anchorage and Fairbanks. Since 1969, Mark has owned nine billiard rooms in Alaska, California, and Nevada, including two of the finest in the country —Alaska Billiard Palace in Anchorage, which preserved numerous classic pool tables; and Griff’s Bar & Billiards in Las Vegas, which set new standards for billiard rooms in America. Shortly before his death, Mark funded a trust for the preservation of Griff’s Bar & Billiards in perpetuity. Mark’s greatest passion has always been the billiard industry. He has served as a master level player, master billiard instructor, master table mechanic, billiard room owner, leading cue and memorabilia collector, member of the BCA Board of Directors, amateur pool league and event producer, table manufacturer— and sponsor, mentor, patron, and promoter of some of pool’s outstanding pro events and players. He founded CueSports International in 2004 in Henderson, Nevada to promote the amateur BCA Pool League in 46 states and in 40 countries worldwide. His investment in Diamond Billiard Products helped propel the manufacturer into the 21st century. He facilitated the development of the successful FargoRate player rating system, and the development of the pioneering pool video streaming service, The Action Report. He created and produced U.S. Open professional pool events in four disciplines, and numerous other events which remain popular among professionals and amateurs alike. Mark has ensured that these championships will continue long after his demise—at Griff’s Bar & Billiards in Las Vegas. For his leadership and impact on the industry, he was named “Man of the Year” by Billiards Digest in 2009. During his Las Vegas period, he married his second wife, Chinim Sunny Griffin of Las Vegas, Nevada, and his third, Charmayne Charley Hall of Henderson, Nevada. He was single at the end of his life. Mark had a good heart and caring nature. He was generous to many a deserving soul, but never spoke of his generosity during his lifetime. Only the beneficiaries of his giving, or those they told, knew that he loaned them money, paid their medical bills, or even financed their education. He possessed a keen sense of who was truly in need and we will never know how many souls he helped. Mark was predeceased by his parents, Wanda and Ned Griffin of Anchorage, Alaska; and sister, Katherine Griffin of San Francisco, California. He is survived by his brother, Chuck Griffin (Penny) of Palmer, Alaska; and sister, Marie Trueblood (Tim) of Rapid City, South Dakota. Mark will be cremated at Palm Eastern Mortuary & Cemetery in Las Vegas. In lieu of flowers, the family requests memorial donations to Donate Life America — donatelife.net Mark has inspired so many—and so many have said they will never forget him. When he knew his time was near, he asked that all his family and friends be invited to his Celebration of Life at Griff’s Bar & Billiards in Las Vegas. His celebration will begin at 2pm on Saturday, January 28. According to Mark’s wishes, there will be no service at the mortuary. Fond memories and expressions of sympathy may be shared at www.palmeastern.com for the Griffin family.
See more See Less

In Memory Of Mark Gelles Griffin