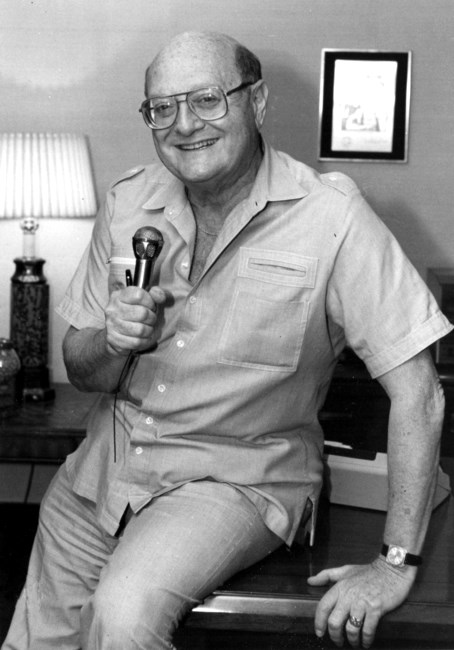 Maynard Jay Sloate, was born on October 31, 1924 in Los Angeles, California, to Joe and Gertrude Sloate. His father and uncle owned multiple movie theaters in Los Angeles from the 1930’s-1950’s. One which was aptly named the Maynard Theater. As a teenager, he ran projectors at the theaters. Maynard then became a jazz drummer, playing with such greats as Stan Getz, Errol Garner, Barney Kessel and Buddy de Franco. He joined the Army during the war, but was stationed locally and continued to play drums throughout his Army career. After the Army, he went on to become a talent agent who represented such stars as Ella Fitzgerald, Sarah Vaughn, Dinah Washington and Count Basie. He then opened his own night clubs in Los Angeles that housed burlesque dancers, famous comedians and some of the all time jazz greats. Maynard became a personal manager who represented a great number of talents, including Anita O’Day and Charo. During this time, he also produced and directed musical reviews in Reno. In 1968, Maynard was hired as entertainment director and producer at the Tropicana Hotel & Casino in Las Vegas where he produced and directed two editions of the Folies Bergere. This brought Maynard to move to Las Vegas in 1970. Throughout his career as entertainment director/producer, Maynard worked at the Union Plaza, Sahara and Hacienda Hotels in Las Vegas, The Claridge Hotel in Atlantic City, and Harrahs in Lake Tahoe. In all, Maynard produced and/or directed 70 Broadway shows as well as two editions of the Folies Bergere and numerous musical reviews. Maynard had a wonderful sense of humor and a great love and respect for his friends and family. He always had great stories to tell about his amazing life. He is survived by his daughters, Stacey and Nicole Sloate.
See more See Less

In Memory Of Maynard J. Sloate