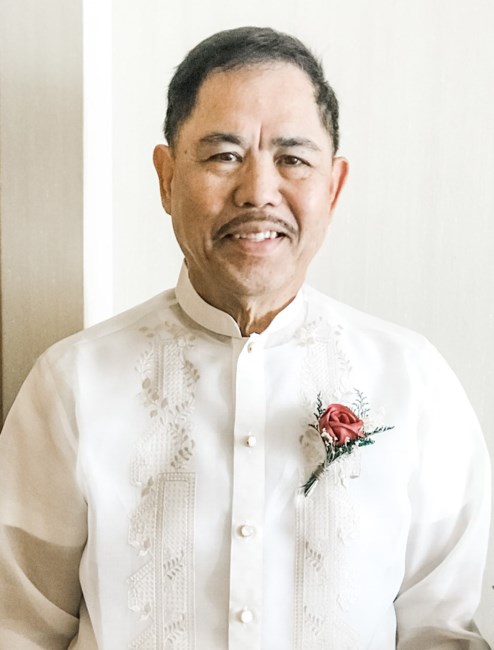 Napoleon San Juan Anselmo, age 73, passed on Sunday, January 22, 2023. He arrived into this world on August 15, 1949, born to Dorotea and Mariano Anselmo in Cardona, Philippines. He was the 5th of 8 siblings. Napoleon was a proud Veteran and served as an Amphibian Engineer in the US Army during the Vietnam War from 1971- 1973. He continued his work as a Civil Servant for the Department of Homeland Security with U.S. Customs and Border Protection for 35 years however he served the Federal Government for a combined total of 42 years. Anyone who knew Nap knew that he was a Porsche aficionado, talented artist, and master chef. He loved sports and was an avid fan of the San Francisco 49ers and the Golden State Warriors. But first and foremost, he was a loving husband, father, sibling, and son a family could ask for. He shared this same love with his community of friends, professionals, and acquaintances spanning across the globe. He is survived by his wife of 36 years, whom he fondly called “luv luv”, Lorna; his 3 daughters: Alexis, Aimee, and Priscilla; his 3 grandchildren: Mila, Blake and another grandchild on the way; his 3 siblings: Nelia, Armin, and Aliw. In addition to a host of nieces, nephews, and cousins. He is preceded in death by his siblings Nenelyn, Lucila, Mario, and Zaldy. The family would like to thank all of our family and friends for the outpour of love, support and prayers. They would also like to give a special thanks to the doctors, nurses and other support team members who provided compassionate care to Nap prior to his passing. Visitation and Funeral Services are being held for Napoleon on Tuesday, January 31, 2023, at Palm Eastern Mortuary, 7600 S Eastern Avenue, Las Vegas, NV 89123. Visitation will be at 4PM followed by a Funeral Service at 7PM. For those who cannot make it to the wake in Nevada, a separate Memorial Service will be held in California with his ashes at a later date. Please reach out to the family directly regarding information on donations, in lieu of flowers.
See more See Less