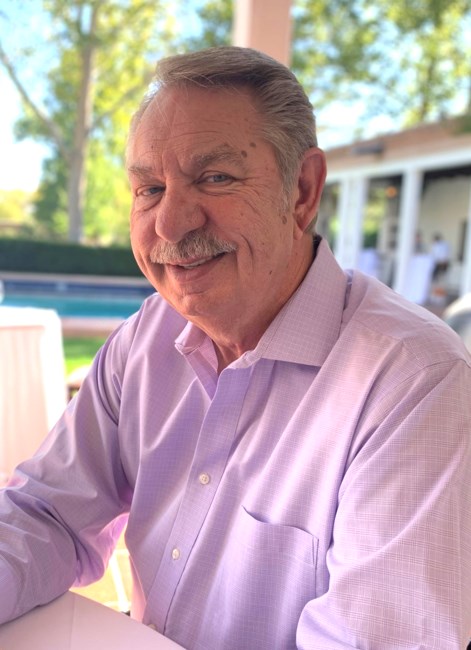 The Story Behind the Dash Randy Eugene Prince was born September 27, 1951 in Poplar Bluff, Missouri to loving parents Willie H. and Edna Mae Allbritton Prince. He was a loving son, husband, father, brother, grandfather, uncle and friend. Growing up in Southeast Missouri in a close family, dinner time and holidays were always special. His childhood aspiration was to grow up to be a cowboy. Throughout high school and college he excelled in a variety of sports. If the word ball was included in it, he played it. The only trophy we are aware of is a broken knee trying to make a game changing play in softball. Randy graduated from Southeastern Missouri State and later earned an MBA. Life took Randy on a personal and professional journey from Missouri to Florida to Louisiana and Nevada. Throughout his life, he shared and lived the values of the faith and family he was raised with. David Martin and Ken Brough worked with Randy for more than a decade. They said he had one of the top business minds in the world. He shared ownership of various key projects and served as senior management of international companies spanning multiple continents right up until the time of his passing. He traveled the far reaches of the world where his engaging personality and winning smile made friends wherever he went. His competency and passion created excellence in both business and life. At the time of his death, Randy was the CFO of Life Style Galaxy, a bitcoin mining company. The strong silent type, after his wife Vicki died of cancer, Randy dug in to raise his two sons as a single parent. Not the type to turn away from responsibility or challenge, Randy was All In. When his boys were grown, in the twilight of his life, Randy saw a chance for love. In his unique, determined way, Randy pursued Shauna. An epic love story, the kind which inspires songs and poems, Randy & Shauna shared a lifetime of intimacy in a few short years. Their travels included Laguna Beach & San Diego, Oregon Coast & Willamette Valley, Seattle, Albuquerque, Ruidoso (New Mexico), Belton (Texas), Jacksonville & Surf City (North Carolina), Reno & Lake Tahoe. Married during the pandemic, Randy and Shauna were able to share their celebration with family throughout 2020 in socially distanced “tie the knot” ceremonies. Together they purchased a beach house in 2021, Prince Island Hideaway in Surf City, Topsail Island, North Carolina, making many special memories and truly finding that “love is everywhere.” Randy was unwavering in his support as founder of the non-profit Regeneration Vision Center and his belief that the lives of survivors could be improved through skills and meaningful work, as his life had been. True to his nature, at the end of his life, to the very last breath, Randy was concerned for the future and wellbeing of his wife, children and grandchildren. Randy was a kind and generous soul, a true Prince. He was preceded in death by his parents and sister, Beverly Ann Prince Holden and former wife, Victoria Grace Linn Prince. Randy is survived by his wife, Shauna Brennan; children Amanda Ruth and husband James Holt, Andrew Hutcherson Prince, Tyler Lynn Prince, Anastasia Marie and husband James Smith, Alexandra Gillian and husband Andrew Collins. One brother, Gary Lynn and wife Deniece, and five grandchildren. Randy was welcomed into his forever home on Sunday, August 7, 2022 at 10:15 pm. Your princely legacy will live on in our hearts and homes. A memorial service for Randy was held Sunday, August 14, 2022 from 10:00 AM to 11:00 AM at Palm Eastern Mortuary, 7600 S Eastern Ave, Las Vegas, NV 89123. In lieu of flowers, contributions in Randy's memory may be made to Regeneration Vision Center, RegenerationNonprofit.org, a charity co-founded by Randy.
See more See Less

In Memory Of Randy E Prince