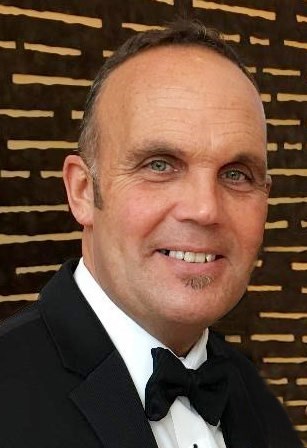 Randy Robert Stevens, 59, of Las Vegas, Nevada died unexpectedly on August 16, 2022. A longtime New England resident, Randy fulfilled his lifelong dream of living in the Las Vegas area when he and his beloved wife Gayle Stevens, bought a home in Summerlin in 2020. Randy was preceded in death by his father Robert Stevens and his brother in-law Gregory Hayes. Randy is survived by the love of his life, his wife of 33 years, Gayle Stevens; his son and best friend Zachary Stevens and soon-to-be daughter-in law Jillian Roy of Los Angeles, California; his mother-in-law Athena Hayes of Lowell, Massachusetts; his brother–in-law Tom Hayes and sister-in-law Estelle Hayes of Los Angeles, California; sister-in-law Joan Metropolis and her husband Chuck of Tyngsboro, Massachusetts; goddaughter Elizabeth Hayes of Tempe, AZ; his godmother Betty Themeles of Tewksbury, MA. He is also survived by his nieces and nephews; Christa Metropolis of Austin, Texas; Samuel Hayes of Scottsdale, Arizona; Andrew Metropolis of Seal Beach, California; and Emerson Hayes of Los Angeles, California. Randy was a family business owner of Bob Stevens & Sons in Lowell, MA for over 30 years. Known as “Ranman” to those closest to him, Randy will be remembered by family and friends as a kind and generous man with a great sense of humor. He loved music, culinary adventures, a good cigar, and hanging by the pool so he could work on his tan. His most cherished activity was watching and rooting for his beloved New England Patriots football team. But nothing could compare to his immense love for Gayle and Zachary. Everyone who knew Randy loved him - even those he just met. Randy could walk into any gathering and people would be drawn to his infectious nature. He brought warmth, kindness, and laughter everywhere he went, always making friends along the way. He will be deeply missed. A visitation for Randy will be held Monday, August 22, 2022 from 9:00 AM to 10:00 AM at Palm Eastern Mortuary, 7600 S Eastern Ave, Las Vegas, Nevada 89123, followed by a funeral service at 10:00 AM. Fond memories and expressions of sympathy may be shared at www.palmeastern.com for the Stevens family.
See more See Less

In Memory Of Randy Stevens