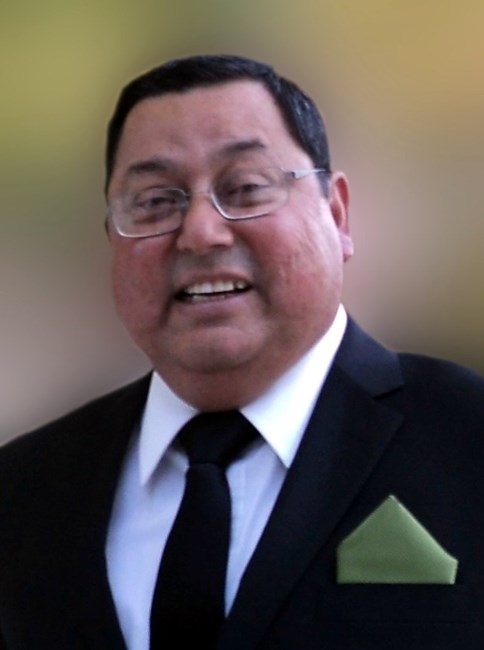 He was born May 1, 1952 to Robert Saldivar Sr. and Candelaria Gonzalez Saldivar in El Paso, Texas, the eldest of 6 siblings. The family traveled to several cities in the U.S. and also spent 4 years in Spain, as Robert’s father fulfilled his commitment as USAF veteran for 30 years.

Robert also served in the United States Air Force from 1973 to 1979, spending most of his service time at Nellis AFB in Las Vegas, Nevada. After his honorable discharge from the USAF at Rank of Staff Sergeant, E5, he worked for Hughes Aviation Services for 2 years, followed by State Industries in Henderson, NV for 7 years, and then for Kerr McGee Chemical Company/Tronox Inc for 27 years, retiring in 2015 as Electrical Maintenance Supervisor.

He met his wife of 40 years, Rosemary Jones Saldivar, in 1979, and together they raised 5 children.

Robert spent his life in service of others, always willing to help anyone in need, and participating in Knights of Columbus, Nevada Jaycees, coaching Little League and being an excellent example of giving his all to family, friends and people in need of a helping hand. He enjoyed golf, tennis, biking, bowling and racquetball. His favorite time in his life was spending time with his wife, 5 kids and 12 grandkids and sharing his wealth of knowledge and insight with all. He was always supportive by attending almost all of their sporting events, recitals, concerts, honor ceremonies and so much more. Robert was also an inspirational father figure to many of his children’s friends by opening his heart and home to everyone.

Robert is survived by his wife, Rosie; his children, Thaddeus Hashey, Pamela Singer, Joshua Hashey and partner Deana Kwiatanowski, Stephanie Quevedo and husband Robert Quevedo, Christopher Saldivar and wife Cynthia Saldivar, all of Las Vegas, NV; his grandchildren; Madison and Logan Hashey, Landen and Karsen Singer, Miranda, Maya, Robert, Victoria and Avery Quevedo; Kayden England, Camille and Christopher (CJ) Saldivar Jr. He is also survived by his mother, Connie Saldivar, his brothers Ernie and Joe Saldivar, his sister Rosemary Wennerholm and niece Candace Bathurst, all of Victorville, CA, and nieces Helen, Emily and Hope Saldivar of San Francisco, CA. He is preceded in death by his father, Robert Saldivar Sr., his sister, Martha Bathurst and brother, Anthony Saldivar. Robert also leaves a large extended and loving family of cousins, who have created a strong family bond, extending from the East Coast to West Coast of the U.S. and several states in between, particularly El Paso, TX and Los Angeles, CA.

In lieu of flowers, the family suggests that donations be made to a charity of your choosing.

In Memory Of Robert Saldivar