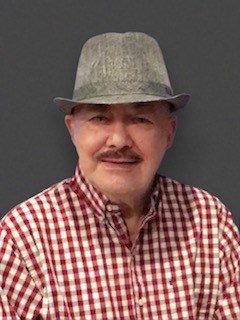 Valentin Antonio Ballesteros Castelo passed away in peace and joined our Lord and Savior Jesus Christ on Thursday, January 20, 2022 in Henderson, Nevada. Born on October 18, 1932 in Cabanatuan, Nueva Ecija, Philippines, Val was the son of the Honorable Oscar Tombo Castelo, former Secretary of Justice and Secretary of National Defense, and Pura Ballesteros Castelo. Val grew up in Quezon City and later attended Letran College in Manila. In 1955, he went on to pursue his career as an actor and singer. He signed with LVN Pictures and appeared in his first movie, “Ikaw Kasi” with Nida Blanca and Nestor de Villa. In 1957, he was given a leading role in the movie, “Conde de Amor” alongside Nita Javier followed by “Hiwaga Ng Pag-ibig” co-starring Lita Gutierrez, and continued acting for the next decade becoming one of LVN Pictures’ leading matinee idols on the silver screen. Aside from films, he had regular appearances on national television and performed in theatre at Manila Grand Opera House. In addition to the world of film, stage, and television, he did celebrity endorsements for Coca-Cola, Pepsi and San Miguel Beer. In 1966, Val shot his last major role, “Palos: Counterspy”, co-starring Helen Gamboa Sotto, the wife of his cousin, now Senate President of the Philippines, Vicente "Tito" Castelo Sotto III, and his dear friend, Bernard Bonnin. In 1967, he moved his family to the United States to pursue “the American dream” by providing better opportunities for his children. In Cerritos, California, Val dedicated his life to raising his children and for the next two decades, through steadfast commitment, he pivoted his career to working in distribution at Purex Corporation, and ultimately enjoying early retirement. In his later years, Val performed at Shrine Auditorium in Los Angeles with his nephew, Anthony Castelo, and during visits to the Philippines, he would have guest appearances on television, including a cameo appearance in the 1994 movie, “Tunay Na Magkaibigan, Walang Iwanan...Peksman” with his cousin, Vic Sotto, which would be his last film. During his pastime, Val loved to sing, play guitar and piano. Music was inborn and he could pick up any instrument and play it. He was also a talented artist sketching and hand-carving wood, and was an amazing cook preparing the most delicious meals from scratch. Val loved to entertain and enjoyed amusing his guests. And above all else, he was a man of strong faith and will always be remembered for being compassionate towards people in need. Val is survived by his loving wife, Leila Ilaga Castelo; his five children, Valentin R. Castelo, Valerie C. Alexander (David), Valmarie Castelo, Valdoni Castelo, Valeska C. Pawlak (Timothy); dedicated mother of his children, Esperanza Castelo; his six grandchildren, Valentina Shirley, Anastasha Andres, Jazmin Plemon, Blake Peetz, Peter Dickinson, Brooke Peetz; his seven great-grandchildren, Zachary Marlowe, Christina Marlowe, Jessica Marlowe, James Mickelson, Paisley Plemon, Liam Leahy, Hudson Plemon; his beloved sister, Ramona C. Canlas, and brother, Carlo Castelo. Val was preceded in death by his parents and brothers, Milo Castelo, Oscar Castelo, and Noel Castelo. Visitation for Val will be held on Friday, February 18, 2022 between 4:00 p.m. to 8:00 p.m., with reception from 5:00 p.m. to 7:00 p.m. Funeral service will be held on Saturday, February 19, 2022 at 9:00 a.m. Both events will be located at Palm Eastern Mortuary & Cemetery, 7600 S. Eastern Avenue, Las Vegas, Nevada 89123. Fond memories and expressions of sympathy may be shared below or at www.palmeastern.com for the Castelo family.
See more See Less

In Memory Of Valentin Castelo