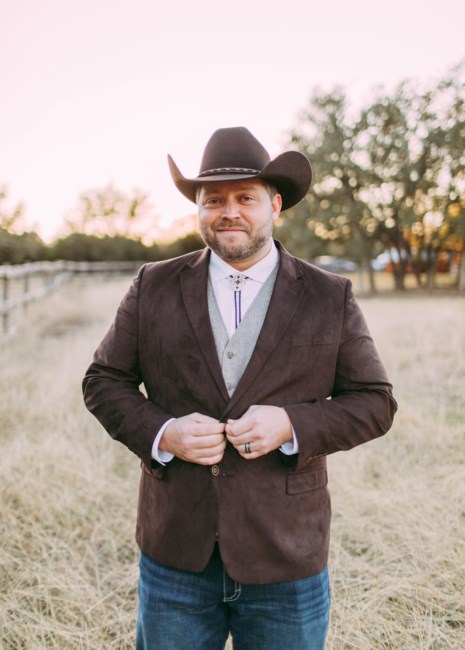 Damon was born to Alan and D’Lynne Johnson on May 19, 1983 in Austin, Texas. Throughout his childhood, into his early twenties, he spent his summers at Ski ‘N SCATS summer camp on Lake Cedar Creek in Texas. Here, he developed lifelong friendships with many other campers and counselors, while also developing his passion for helping others.

After graduating from Westwood High School in 2001, Damon completed his Bachelor’s degree in Criminal Justice at the University of Texas at Dallas. He then attended Saint Mary’s Law School in San Antonio before deciding to leave to pursue an alternate career path in the family oil and gas business, drilling wells all over the state of Texas. During this time period he discovered his passion for CrossFit. This came to be his calling. He worked to become a trainer, and eventually led a group of ten to fifteen people through the intense workout regimen in his parents' barn.

In 2014 he opened his own gym, White Tail CrossFit, now a staple in the Cedar Park/Leander vicinity. Damon’s goal was to help as many people as he could the same way CrossFit helped him. This is where he met the love of his life, Paige Emily. They married in December of 2018. Together, they have one daughter, Lauren Adell, and welcomed her into the world in December of 2020.

Damon remained involved in the oil and gas business as well, founding 4 Boots Oil with his father (its name originating from the image of both of their boots together).

Damon loved spending time at the lake, listening to live music, enjoying bourbon with friends, watching Dallas Cowboys football, spreading love and joy (and kicking butt at card games, board games, and video games) at family gatherings, and all things Christmas. He didn’t take himself too seriously, but he loved fiercely, and had a way of making everyone feel like a friend.

Damon is survived by his wife, Paige; daughter, Lauren; parents, Alan and D’Lynne Johnson; sister, D’Anna and her husband Jason White; nieces, Autumn and Hallie; nephew, Coby; and many many cousins.

In Memory Of Damon Andrew Johnson