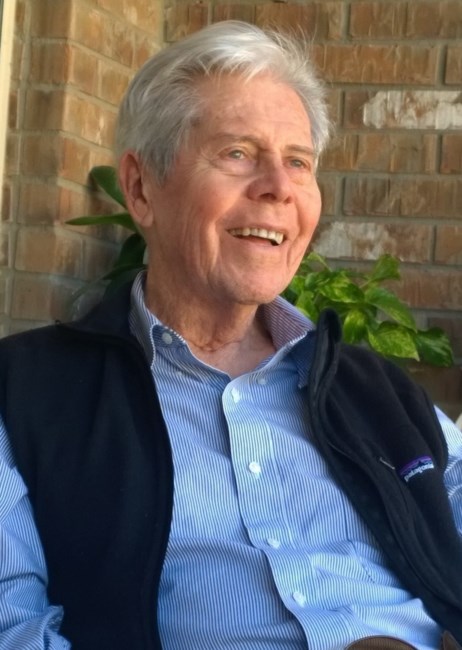 Ish Danford Smith, Jr. (Dan) was born the only child of Edith Harrison and Ish Danford Smith, Sr. on November 20,1932 in Waco, McClennan, Texas and passed away on August 4, 2022 in Leander, Williamson, Texas. After graduating from Waco High School he served in the U.S. Navy. He attended Baylor University and graduated from the University of Texas School of Architecture. Dan married Beverly Barron on June 15, 1957, and they had two children, Cindy Smith Brower (Jeff) and Kevin Smith (Elizabeth); four grandchildren: Kyle, Tyson and Kyndal Brower and Ryan Smith; and two great grandchildren, Kylie and Talia Brower. Dan married Linda Brewer on December 29, 1979 and is survived by stepchildren Tamra Gilbert (Bob) and Randell Ayers and children Jayme Winters, Lindsey Lytle and Hannah Ayers. Dan is also survived by son Frank Maykis. Dan worked in architecture firms in Austin before retiring from Page Southerland Page. In retirement he enjoyed travelling, visiting family and spending time outdoors appreciating the beauty of nature. He was a beloved, kind and generous husband, father, grandfather and friend. A graveside service for Dan will be held Friday, August 12, 2022 at 10:00 AM at Austin Memorial Park, 2800 Hancock Drive, Austin, TX 78731, officiated by Rev. Melissa Russell. In lieu of flowers, donations may be made to the fund of your choice, Meals on Wheels, or Austin Loaves and Fishes. Fond memories and expressions of sympathy may be shared at www.wcfishleander.com for the Smith family.
See more See Less