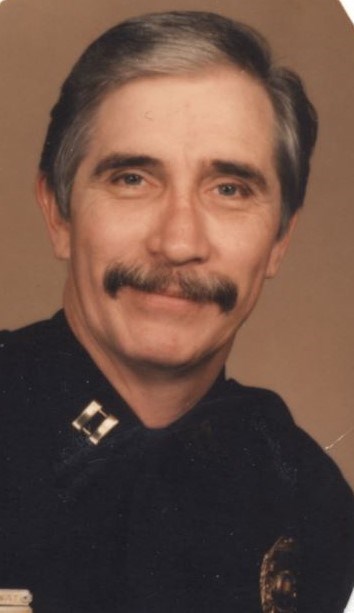 Bobby Clements was born January 1, 1943 in Panama City Florida. He was the first baby born in Bay County that year. He graduated high school in 1961 from Woodlawn High School in Birmingham, Alabama. He learned a lot about electronics, radio, and TV repair from his beloved Uncle Ed, who owned a radio repair shop. All of his experience with radio repairs prepared Bobby for his next step in life which was his entry into the United States Navy. He learned so much from his Uncle Ed that after boot camp, he didn't need to attend any of the Navy electronics schools. In 1962, he entered the Navy and went straight into the fleet and became a Radioman on the USS Rainier AE-5, which was on an ammunition ship located in the Tonkin Gulf. He did three tours in Vietnam and by the time he left the Navy in 1966 he was an E5. Upon leaving the Navy he attended the University of Alabama in Birmingham, Alabama. His next career path was being a Birmingham police officer which planted the seeds for his love of the Police Force. For a brief while he drove trucks for his family’s trucking company Clements Cartage, hauling steel for US Steel. His love of the law brought him back to joining the Moody Police Department on July 14, 1982. Coincidentally he met his beautiful bride-to-be Sandra Land on the exact same day. What a great day that was for Bobby. He quickly rose through the ranks and eventually became the Chief of Police for the City of Moody. He served as Chief of Police for the City of Moody from 1989-2004. He retired May 31,2004. As a police officer he was on the St. Clair County Swat Team, attended FBI training school at Jacksonville State, was a Glock Armorer, started the D.A.R.E. program for the school, and became an evidence technician expert. After Bobby retired he served on the City Council for the City of Moody for eight years where he was a pillar of the community and loved by all. He is survived by his loving wife Sandra Clements; his children and their spouses: Lisa Clements-Rinsky (Glenn), Robby Clements (Rachel), Jeffery Clements (Rebecca) his grandchildren: Elliott, Molly Kay, Vivian, Otis, Jase, Julia, Jaxon, and Jakob. Visitation for Bobby will be Tuesday August 2, 2022 at First Baptist Church of Moody at 5:00 PM, with service following. In lieu of flowers, please make donations to First Baptist Church of Moody Next Generation Fund. Moody Baptist Church 902 Church Street Moody, Alabama 35004.
See more See Less