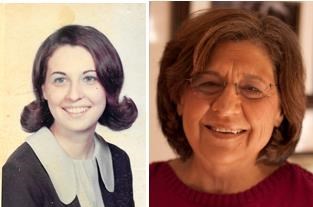 Beloved wife, mother, and memere Joline Landry Beam passed away on Monday, August 1, at Maine Medical Center from complications from an infection. She was surrounded by family members in her final hours. Joline was born Joline Rhea Landry in Lewiston on May 7, 1947. She attended Holy Family School through 8th grade. She then graduated from Lewiston High in 1965 and the University of Southern Maine in 1969. Joline met Christopher Beam of Brunswick in the summer of 1969, and they married on January 30, 1971. They lived for several years in Urbana, Illinois, before moving to the Washington, DC, area in 1975. In 1988, they returned home to Maine with their three sons, settling in Lewiston near the house where she had been raised and where her parents still lived. Joline worked as a teacher at a variety of schools in the area while raising their children. Expressing a lifelong spirit of service to her community, she served two terms on the Lewiston School Committee, represented Lewiston in the Maine House of Representatives, and later in life served two terms on the Lewiston City Council. Joline had a knack for connecting with anyone she met, whether campaigning for office or shopping at the grocery store. She took great joy in cooking and talking about food, amassing an impressive collection of recipe books over the years, a passion she inherited from her parents and passed on to her children. She also loved the outdoors and reading mystery novels. But her favorite thing in the world, and her highest priority, was spending time with her family, to whom she was intensely devoted. After her children left home, she spent many years caring full-time for her mother and mother-in-law. In her later years, her greatest joy was seeing her six grandchildren, whom she would take every opportunity to visit. Joline was predeceased by her parents, Muriel and Real “Ray” Landry. She is survived by her husband, Chris; her son David and his wife Clare, of Falls Church, VA; her son Michael and his wife Sarah, of Portland; her son Gregory and his wife Kim, of El Paso, TX; her six grandchildren, Alexander, Theodore, Annabelle, Winslow, Milo and Maxwell; her brother Paul Landry and his wife Sue, of Sinking Springs, PA; her brother Roger Landry and his wife Mary, of Poland; and her sister-in-law Rebecca Beam, of Exeter, NH. She is also survived by two nephews and a niece and many cousins. Visitation will be 5-7 p.m. on Saturday, August 6, at The Fortin Group at 70 Horton Street in Lewiston. The remembrance service will be at 11 a.m. on Monday, August 8, also at The Fortin Group, immediately followed by interment at St. Peter’s Cemetery In lieu of flowers, the family requests that donations be made to the Maine chapter of the Alzheimer's Association: https://www.alz.org/maine?form=alz_donate Online condolences may be shared with her family at www.thefortingrouplewiston.com
See more See Less

In Memory Of Joline Landry Beam