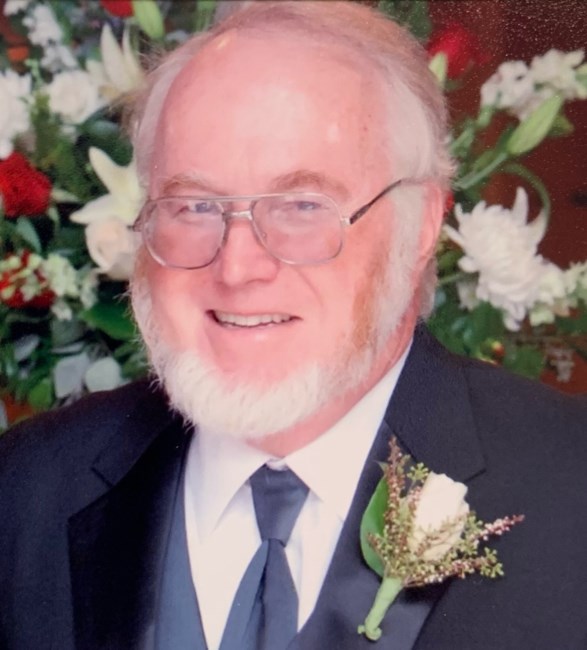 Larry Steven Cannon 1947 - 2022 Lewiston - Larry S. Cannon, age 74, of Lewiston, passed away unexpectedly late Saturday evening July 2nd at his home as a result of a fall. He was born September 14th, 1947, in Wareham, MA, a son of Franklin and Gertrude (Mitchell) Cannon. He was educated in Wareham schools and graduated from the University of Massachusetts Amherst, receiving his bachelor’s degree in Business Administration. On June 12, 1971, Larry married the former Ruth McKenzie and together they settled in Richmond, Vermont to raise their family and relocated to Auburn, Maine in 1983. Larry became a Federal Bank Examiner for the FDIC in 1969 and later became Controller at Bates College in 1985, serving until 1998, and did banking consulting into his retirement years. Larry enjoyed hunting, fishing, and woodworking, and sharing and these enjoyments and teaching these skills as he raised his children, but his lifelong passion was model railroading. His model building skills and contributions were admired by his peers in the National Model Railroad Association and the Great Falls Model Railroad Club. One of his proudest accomplishments was being nationally recognized as a Master Model Railroader in 1999. He was a loving, devoted and hardworking husband, father and grandfather who will be dearly missed. Larry leaves behind his wife of 51 years, Ruth McKenzie Cannon, their three children and their spouses, Dan and Emily Cannon, Sarah and Bryan Paggen, and Joseph and Jennifer Cannon; his five grandchildren; his brother and sister-in-law Franklin and Susan Cannon, as well as his nieces and nephews. He is predeceased by his parents, Franklin and Gertrude Cannon, his sister, Harriet Donahue, and nephew, Jeffrey Donahue. In lieu of flowers, please consider donating to the Great Falls Model Railroad Club: https://www.greatfallsmodelrrclub.org/support-our-club/ To leave a message for the family in their online guestbook, please visit www.thefortingrouplewiston.com A visitation will be held from 2-5 PM on Sunday, July 10th at the Fortin Group, 70 Horton Street, Lewiston, ME, with a Celebration of Life at a later date.
See more See Less

In Memory Of Larry Steven Cannon

A Celebration of Life will take place at a later date