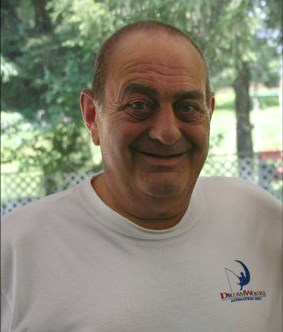 Marshfield MA, Paul F. Bouffard, 76, of Marshfield, MA formerly of Lewiston, Auburn and Harpswell, ME, died peacefully at home with his family by his side. Born in Lewiston, ME on August 17, 1945 he was the son of Victoria Gagne Bouffard and Origene. Paul was brought up by his mother, Aunt Cecile and grandfather, J.F. Gagne.

He was educated in Lewiston, ME and graduated from LHS, class of 1964. Paul enlisted in the Army Reserve while still in high school. He was a medic in the Army. He graduated with honors from the University of Maine, Augusta campus in 1970. Paul also took Real Estate courses.

In 1969, he married the love of his life, Lorraine J. Thibault. They were married 52 years. Together they enjoyed various sports, dancing, boating, eating at different restaurants, (he loved seafood to no end), ice skating, and numerous other activities.

Paul moved to Marshfield, MA to be close to his grandsons, Patrick and William. He spent quality time with them, going to their school plays, soccer games, etc.

Paul, in his early days, was very active in the L-A Jaycees. He received various awards while in Jaycees. He was involved with various projects such as, L-A Boys Club, he dressed as Santa Claus for visiting children at the Promenade Mall; bringing children to visit the Police Station; bringing in the US Navy Band to play at the L-A Memorial Armory; Pride in America Begin with Me project; Haunted House at the Auburn Mall, and the list goes on and on. On board with the Lewiston-Auburn Development Council. He was also very active with the LHS Class of 1964 planning and organizing meetings for reunion gatherings.

Paul was active in the used car industry, worked at the United States Postal Service in Brunswick, ME and Fedex Ground in Brockton, MA before retiring to be at home with his wife.

In 2014 he was diagnosed with the beginning of four cancers (he stopped smoking after 50 years) the last cancer in 2020. He was very resilient. His health was declining with all of his other ailments. He was a trooper. He kept on saying what his mother said “Keep Punching”. From all the cancers and other ailments the doctors could never believe that he kept going.

Paul is predeceased by his brother Raymond and his loving sister Claire Jacques. He is survived by his wife Lorraine of Marshfield, sons Todd and husband Peter Fowler of Marshfield, MA, and Eric and his wife Tamiko Bouffard of Pasedena, CA. Grandsons William and Patrick Fowler of Marshfield, MA; his brother Roger and Yvonne Bouffard of Lewiston, ME. Brother-in-law Roland and Yvonne Thibault of Santa Rosa, CA; Alfred and Ginette Thibault of Ridgeland, South Carolina; Sisters-in-law Pauline and Robert Levasseur of Brewer, ME, Jeannine and Richard Perotta of Zephyrhills, Florida, Juliette and Roger Bosse of Lewiston, ME. Several cousins nieces and nephews.

He will be sadly missed. He lived life to the fullest and was happy and very sociable. The family wishes to thank the staff of the Beth Israel Deaconess Cranberry Hospice in Plymouth Massachusetts. In lieu of flowers, donations can be made to the American Cancer Society.

Condolences, photo gallery and full obituary may be viewed at www.thefortingrouplewiston.com Visitation will be private. A Mass of Christian Burial will be celebrated Sept. 10th Friday 11:00 am Holy Cross Church 1080 Lisbon St. Lewiston, Maine. The Mass will be live streamed on the Prince of Peace website. Entombment with military honors will follow at St. Peter's Cemetery Mausoleum. A service of The Fortin Group Funeral Home 70 Horton St. Lewiston, Maine 04240 Tel 207 784-4584

In Memory Of Paul F. Bouffard