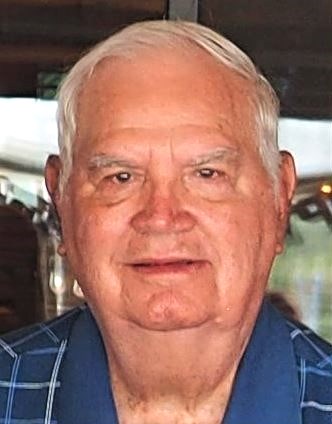 WEST COLUMBIA – Denzil Patrick “D.P.” Ready, 91, of West Columbia, died peacefully surrounded by his family on June 14, 2020, as a result of complications due to a fall at his family farm. Denzil was born on July 14, 1928 in Aiken County to Imogene Goodwin Hall Ready and Patrick Henry Ready. He was a graduate of Batesburg-Leesville High School where he honed his skills for the love of agriculture and farming as a member of the FFA organization. His love for raising and showing farm animals at county and state fairs led to his success as a cattle farmer. He often said, “There aren’t many things more beautiful to me than seeing Black Angus cattle grazing in a pasture.” Denzil served honorably in the United States Army in the Korean War, and was assigned to the GHQ Long Lines Signal Group. In 1951, he married Mary Margaret Jumper and they settled in West Columbia, where they started their family. D.P. began his professional career in the trucking industry and was instrumental in the organization and founding of Teamsters Local 509, Cayce, SC. During his tenure at Local 509, he served in many positions. At his retirement, he had become the only member to hold every position on their Executive Board. He had the distinction of being elected Vice-President in 1974 and Secretary-Treasurer/Business Agent in 1976. In 1990, he was elected President of the Local 509 and held this position until his retirement in 1992. D.P. served on the board of the Eastern Conference of the International Brotherhood of Teamsters and on the Joint Council. He was a masterful arbitrator and contract negotiator with prominent companies, among them the United Parcel Service, Pet Dairy, and Roadway. D.P. was instrumental in securing employment for hundreds of union members for television and motion picture projects filmed in South Carolina. He negotiated contracts with producers from notable studios including Warner-Brothers, Columbia, Paramount and Disney projects. He was a lifelong member of the Batesburg-Leesville Masonic Lodge #138, Woodmen of the World, and the Ponderosa Country Club. D.P. enjoyed hunting, fishing and golfing, along with overseeing his farm and cattle that kept him active during his retirement years. He also enjoyed early morning conversations with special friends at Hardee’s and Bojangles’, as well as the companionship of his faithful dog, Hahns. Anyone that knew D.P. knew that he had a gift for telling a story and had quite a sense of humor. Denzil led a well-lived life in Christ and was affectionately known as “Papa” to his granddaughters and great-grandsons. He was a member of Fellowship Baptist Church, Lexington, where he taught The D.P. Ready Adult Men’s Sunday School Class. He served as a deacon, taught Sunday school for over sixty years, enjoyed the Christian comradery of the church’s Senior Adult Ministry and the FBCDCG Thursday night supper club. Denzil was predeceased by his wife; his parents; a brother, Jean Mims Ready; a son, Patrick Randolph; and an infant granddaughter, Morgan Lee Tollison. He is survived by a daughter and son-in-law, Vicki and John Lybrand of Pendleton, SC; a daughter, Donna Tollison, of West Columbia; a son, Graham Ready of Batesburg; granddaughters, Meridyth Lybrand Robinson and husband, Daniel of Greenville, SC, Macey Lynn Tollison of Lexington and great-grandsons, John “Jack” Daniel, Luke MacMillan and Benjamin Graham Robinson of Greenville, SC. A graveside service will be held at 11:00 a.m. on Saturday, June 20, 2020 at the Ready-Hall Family Cemetery, 9445 Old Two Notch Road, Batesburg. The Reverend Don Bell and Daniel Geddings will preside over the service. For the safety of family and friends, it is requested that COVID-19 social gathering guidelines be observed, including wearing a mask. Denzil will be laid to rest among the towering pine and oak trees that he played under as a small boy; where he watched his own children come to know the joys and solitude of spending time on a farm; and where he fished, hunted, and developed his passion for farming. Denzil will be available for viewing Thursday, June 18 and Friday, June 19 from 9:00 a.m. until 5:00 p.m. at Caughman-Harman Funeral Home, Lexington Chapel. Honoring Denzil as pallbearers are Vince Rhodes, Malcolm Bryant, Dr. Mark Keisler, David Lewis, George Zinker and Frank Woods. The family will be at the home of daughter, Donna Tollison. In lieu of flowers, memorials may be made to Fellowship Baptist Church, 4238 Augusta Road, Lexington, SC 29073 or a charity of your choice.
See more See Less