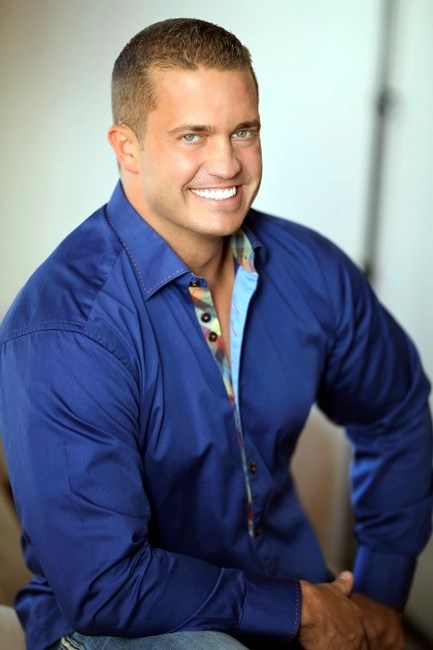 COLUMBIA – Dr. James “Jim” Wesley Raman returned to his heavenly home on Monday, March 11, 2019. Although born and raised in NY, Jim moved to SC in 1997 to attend the University of South Carolina. It was there that he met the love of his life, Misti, and graduated with a Bachelor of Science in Biology. From there Jim went on to attend the Medical University of South Carolina School of Medicine, entering with the highest MCAT score in the history of either of our medical schools. After two years Jim made the courageous decision to transfer his academic credits to MUSC’s School of Dental Medicine, and join his then fiancée, Misti, in her journey to become a dentist. Jim continued on and became Chief Resident at Nova Southeastern University’s orthodontic residency in Fort Lauderdale. He returned home in 2010 where he and his wife proudly served as owners of Irmo Smiles, providing pediatric, family, cosmetic and orthodontic dentistry in the Irmo, Columbia and Lexington communities. Jim was a devout Christian who attended Riverland Hills Baptist Church. He not only believed in God, but applied his faith in his profession and openly shared his Christian beliefs with those he deeply loved. He and his wife, Misti, had the pleasure of being chosen for season 25 of CBS’s “The Amazing Race.” It was that life changing experience, witnessing deprivation and abject poverty in the Philippines, where God called their hearts to return and initiate a free dental clinic to the most impoverished areas in Manila. Locally, Jim’s desire to give back could be witnessed at Irmo Smiles annual Dentistry From the Heart Day, where doctors, assistants, hygienists, and volunteers from all over the state would join to provide free dental services to the underserved in our area. Although Dr. Raman was deeply committed to helping people build their self-confidence through the enhancement of their smile, Jim was extremely passionate about bringing community and state awareness to the issues surrounding autism. Jim did much to help contribute toward the growth of a higher level of understanding and treatment in the greater Columbia area, and served as a board member of the Autism Academy of South Carolina. Jim proudly authored the document presented to the SC Assembly, which ultimately led to the passing of House Bill 3747, which required autism benefits in small group and individual health plans. Jim’s passionate drive for acceptance of these children, and the legislative change needed for their success, stemmed directly from his desperation to help his own son, Jimmy. All who had the pleasure of knowing Jim benefited from the many different substantial contributions he so unselfishly provided. He dreamed bigger and envisioned life on a level that few could comprehend. However, those he shared it with believed in and knew that if Dr. Jim had the desire in his heart, he would take all measures to make it a reality. His goal in all areas of his life was to have maximum impact on the world. His love for dentistry and serving those around him was only surpassed by his love of God and his openly affectionate love and adoration for his daughter, Lexi; son, Jimmy, and loving wife and best friend, Misti. He will be forever missed and loved by those whom he touched. Jim was a very dedicated husband to his wife, Misti Sturkie Raman, and an outstanding, most dedicated father to his beloved children, Alexis “Lexi” Raman and James “Jimmy” Raman, Jr. His love for his family was unsurpassed. He is survived by: father, Frederick and the late Jeanne Dussault Raman; brothers, Fredrick Raman and Jeffrey S. Raman (Joanne); sister, Eve Altman (Gary); father-in-law and mother-in-law, John and Cathy Rakowsky; brother-in-law, John Rakowsky, Jr. (Brooke); sister-in-law, Cristen Sturkie, and numerous nieces and nephews. Funeral services for James Wesley Raman, 42, will be held at 12:00 p.m. on Saturday, March 16, 2019, at Riverland Hills Baptist Church with interment to follow at Woodridge Memorial Park. Memorials may be made to the Autism Academy of South Carolina, P.O. Box 7514, Columbia, SC 29202.
See more See Less

In Memory Of James Wesley Raman