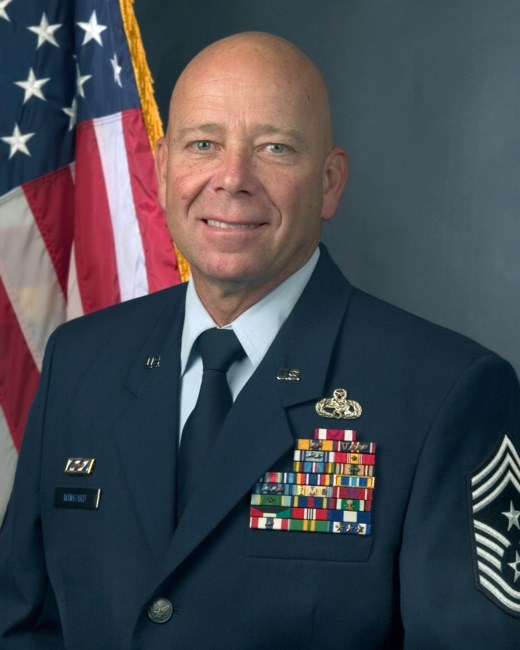 LEXINGTON - Terry D. Wingard, 65, passed away Sunday, May 10, 2015, surrounded by his loving family. Mr. Wingard was born on July 23, 1949 in Lexington, SC to the late Elbert Bruce Wingard and Katherine Lindler Wingard. He was predeceased by his brother, Larry. Survivors include his wife, Hope Corley Wingard, and his children, Troy Wingard (Kathy Coleman), Lisa King (Chris), and Jason Wingard, and two grandchildren James and Kathryn King. Chief Wingard served in many Southwest Asia deployments and two mobilizations with the South Carolina Air National Guard (SCANG). He was a veteran of Operation Desert Storm (Saudi Arabia), Operation Southern Watch (Qatar), Operation Northern Watch (Turkey), and Operation Iraqi Freedom (Qatar). Chief Wingard retired from the 169th Fighter Wing of SCANG after 40 years of dedicated full-time service to his state and nation. He is an active participant with the Swamp Fox Retiree’s Group from McEntire Joint National Guard Base and believes in supporting our veterans, current service members and their families. He has been a key volunteer with Operation Thank You and has served as vice president of that organization since 2013. Chief Wingard also actively served as national vice president for the Noncommissioned Officer Academy Graduate Association. He and Hope were named SCANG State Family of the Year in 1999 for their outstanding example of volunteer service and continued dedication to SCANG and Family Readiness. At his 2009 retirement, Chief Wingard was recognized by the SC State Legislature by concurrent resolution for his 40 years of service. He was also a lifetime member of the ANG CCM Alumni Association and the Enlisted National Guard Association of South Carolina. Above all, Chief Wingard cherished his faith, his family, his country, and his service to others. A special thank you to Kathy Haney and her family for all of their love and support. Funeral services will be conducted at 11:00 a.m. Thursday, May 14, 2015 at Pilgrim Lutheran Church with burial to follow in the church cemetery. Visitation will be from 6:00 p.m. to 8:00 p.m. on Wednesday, May 13, 2015 at Caughman-Harman Funeral Home, Lexington Chapel. Donations may be made to Pilgrim Lutheran Church (wearepilgrim.com) and Operation Thank You (operationthankyou.org).

In Memory Of Terry D Wingard