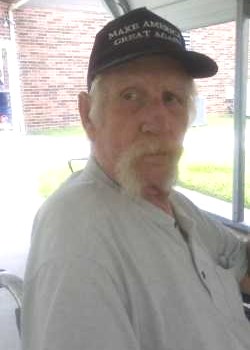 Gary “Fireball” Elliott, 72, of Liberty, Missouri, passed away July 18, 2022 at home, surrounded by family. A Celebration of His Life is planned for a later date. Gary was born June 11, 1950 in Carrollton, Missouri to Pete and June (Johnson) Elliott. He was raised in Liberty and has lived most of his life. Gary married Sandra Lee Roberts on April 8, 1972 and they raised their son, Gary, Jr. He worked for Ford Motor Company for over 31 years in the Body Shop and working on the line. Gary was a proud member of Local #249. Gary enjoyed spending time outdoors and relaxing with friends and family. He was preceded in death by his father, Pete Elliott; his mother, June Thorp; and his brothers, Terry Elliott, and Mark Elliott. Gary is survived by his wife, Sandy Elliott; his son, Gary W. Elliott, Jr. (Nicole); his two grandsons, Dalton and Cash Elliott; his brother, Craig Elliott; as well as a niece, several nephews, other relatives and friends. Condolences of Gary may be left at www.churcharcherpasley.com, as arrangements are under the direction of Church Archer Pasley Funeral Home, 816-781-2000.
See more See Less