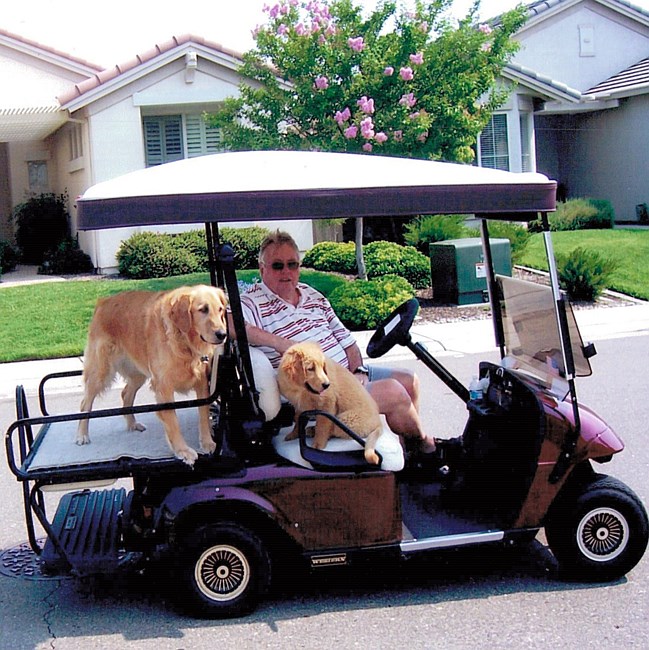 Graham Boyd Browning was born in Annawan, Illinois, and entered eternal rest on Wednesday, January 19, 2022. Graham proudly served in the U.S. Army Honor Guard at The Presidio in San Francisco. He later returned to San Francisco where he worked for AT&T on Bush Street. This is also where he met his wife, Janet,in the cafeteria. Graham and Janet lived in Novato, California, where they raised their son, Brad. Graham retired from AT&T Financial Service Costs in San Ramon, California, after thirty years of service. Graham and Janet moved to Lincoln Hills in 2001, where he got to do many things he loved. Graham enjoyed things including golf, the summer concerts, and was a 30 year season ticket holder for the San Francisco 49'ers. Graham could normally be found around Lincoln in his golf cart every morning with his golden retriever, Amy, joining his friends for coffee. He loved Lincoln Hills and all of the opportunities it came with to socialize with everyone on his walks and errands. He was much loved, one of a kind, and is greatly missed.
See more See Less

In Memory Of Graham Boyd Browning