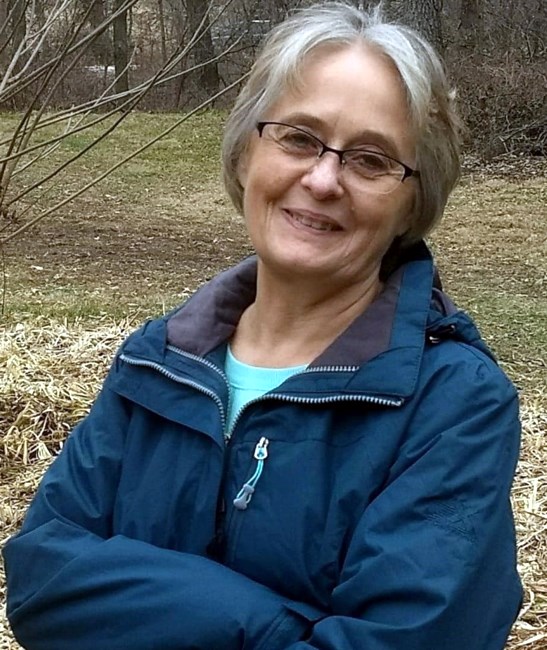 Darlene Reye (Andersen) Johnson was born March 24, 1951, and died May 6th, 2022, at the age of 71. Darlene was born in Scobey, Montana, to Hans Maynard Andersen, and Genevieve Victoria (Fladager), Andersen. She was baptized at Peerless Lutheran Church and affirmed her Christian faith in Dane Valley Ebenezer Lutheran Church, Culbertson, Montana. Darlene’s early years were spent in Miles City, Montana, later moving to Culbertson, Montana where she graduated from High School in 1968. During her lifetime, she would remain in the Midwest, living in Kansas, North Dakota, South Dakota and residing the remainder of her years in Lincoln, Nebraska. Darlene was a quiet and humble servant. Many people did not know the extent of her service to others. Darlene volunteered at Bridges to Hope, Our Savior’s Lutheran Church, and the Mental Health Association of Nebraska. She spent her early years working as a dental hygienist and later went back to school to obtain her Associates Degree in Medical Terminology and worked in medical records for the Bryan Hospital system. Darlene had a strong work ethic, a strong love for her children and grandchildren, and a strong faith in God. Darlene made lifelong friends no matter where she lived, from Mobridge, South Dakota, to Bismarck, North Dakota, to Lincoln, Nebraska. In 2019, Darlene was reunited with her daughter, Melinda Taddiken. The relationship that Melinda, Kasey, Kelly, and Brian have with one another is one of the greatest gifts Darlene could have ever been given before she departed this world. They since have had regular visits and will continue to grow their relationship, as it had been Darlene’s prayer for many years. Shortly after Darlene retired, she was diagnosed with Alzheimer’s disease. She spent her final years of life at The Lexington Assisted Living Facility and Sumner Place: Skilled Nursing and Memory Care. Darlene will be greatly missed by all her family and friends. We will never forget her unconditional love and continuous prayers for us. If desired, friends may make a memorial contribution to The Mental Health Association of Nebraska, Bridges to Hope, or Our Saviour’s Lutheran Church. She was preceded in death by her parents: Hans Maynard Andersen and Genevieve Victoria (Fladager) Andersen. Survived by: Children: Melinda Taddiken (Marc) of Salina, Kansas; Kasey Parker (Travis) of Lincoln, Nebraska; Kelly Johnson of Helena, Montana; and Brian Johnson of Whitehouse, Tennessee; Grandchildren: Ashley and James Trow; Dallas and Justis Taddiken; Checotah and Ross Boling; Ashley Wilksen (Jennifer Rolling); Alexis Moyer (Jeff Childers); Seth Moyer; Alayna Moyer; Devrey Zapata; Elijah Zapata, and Zepheria Zapata; and Brianna Darlene Johnson. Great Grandchildren: Jaleigh and Jarrett Trow; Zuhrya and Adiliese Aita; Macie, Bryson, Oaklynn, and Waylon Taddiken; James and Madelynn Wilksen; and Marley and Emmy Childers. Siblings: Dianne (Thomas) Kittock; Janice Riedman; Dawn McClelland; Gene (Kathy) Andersen; James (Lynelle) Andersen; and Gerald (Julie) Andersen. 15 nieces and nephews and numerous great nieces and great nephews. Visitation Saturday, May 14, 2022, 9:30-10:30 AM, at Our Savior's Lutheran Church. 1200 S. 40th St, Lincoln. Funeral Service following at 10:30 AM. Interment at 1:30 PM, at Lincoln Memorial Cemetery. 6700 S. 14th St, Lincoln, NE. Please meet at Gate 2 of the Cemetery at 1:30 PM for a procession to the gravesite.
See more See Less

In Memory Of Darlene Reye Johnson