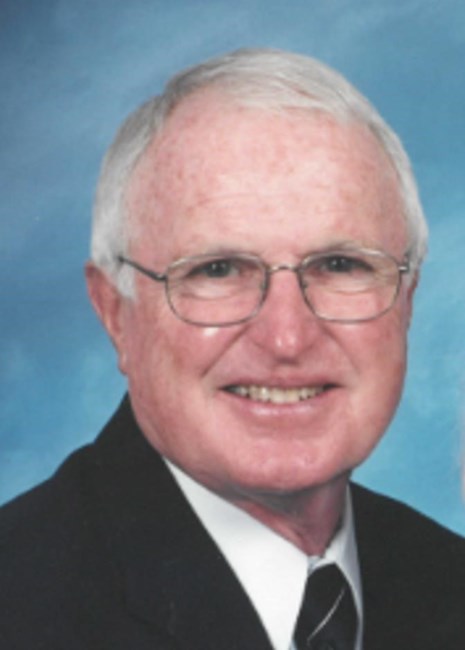 Marlin passed away peacefully on July 30, 2022 at the age of 88. Marlin was born and raised in Akron, Iowa. He graduated from the University of Iowa with a BA in Education and went on to get his Master of Education from the University of Nebraska, Lincoln. He was an employee of Lincoln Public Schools for 36 years with 29 of those being the beloved principal of Pyrtle Elementary School. While he was Principal, Marlin was honored with many awards, including being named Nebraska’s National Distinguished Principal Award and President of Nebraska Elementary Principals’ Association. While in Lincoln, Marlin was active in Gateway Sertoma and Lancaster Red Cross. He was an active member of First Lutheran Church while in Lincoln, and later at Lord of Life Lutheran Church in Sun City West, AZ. Marlin was easy to like and was loved by many. Marlin was married to his wife, Elaine, for 62 years, and together they had a son Jay. Marlin and Elaine retired in Sun City West, AZ where Marlin continued his love for the outdoors, biking, golfing, and cheering on the Huskers. He served as President of the Sun Cities Nebraska Club. He was a constant presence in his granddaughters’ lives and was generous in his love and time to his family. He had a unique gift that made all who knew him feel loved and important. As his health declined over the last several years, there wasn’t a care facility or hospital that didn’t say he was one of their favorites. He was truly a special man. Marlin was preceded in death by his mother, Mildred, father, Frank and sister, Sharyl. He is survived by his wife, Elaine, son, Jay (wife Emmy), all of Scottsdale, AZ. Granddaughters Alexa of Indianapolis, IN, and Amanda of Los Angeles, CA. Brother Dennis (wife Carol) Johnson of Minneapolis, MN, sisters Karen (husband Brad) Bigelow of Kearney, NE, and Mary (husband Doug) Carlson of Akron, IA. He leaves many adoring nieces and nephews as well. Services will be held graveside on Saturday August 6 at Lincoln Memorial Cemetery at 10 am. In lieu of flowers, the family asks that memorials be sent to American Red Cross or Hospice of the Valley Arizona. Family and friends will meet at Gate 2 prior to the service. lincolnfh.com
See more See Less

In Memory Of Marlin Franklin Johnson