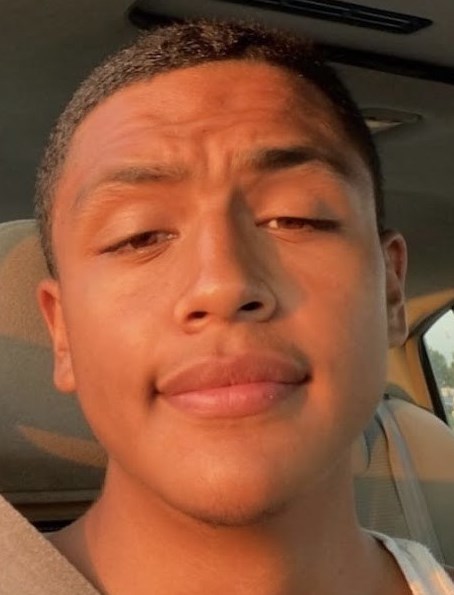 Octavias Pharoah Farr left us on October 2nd, 2022 at the age of 21 due to a car accident. The wake and funeral services are to be carried out in traditional Umoⁿhoⁿ native ways. Both ceremonies will be held at the Lincoln Indian Center. Octavias is to be brought to the Indian Center Tuesday, October 4th, 2022 at 4pm. There his wake service will begin and will continue until his funeral service which is to be conducted Thursday, October 6th 2022 at 12pm noon. Following the funeral service, Octavias will be taken to Lincoln Memorial Funeral Home where he will lay at rest. Family donations will be accepted at the Lincoln Indian Center. Financial donations can be sent to Lincoln Memorial Funeral Home or cash app:$AthenaMuhs75 or venmo: Athena-Muhs. Octavias is remembered by his parents: Kenneth Farr and Athena Muhs and his three sisters: Acacia Muhs, Akilah Muhs and Anastacia Muhs. Pallbearers: Derek Farr, Phillip Secret, Zach Muhs, Fox Kubes, Jerry Vinson and Pharrell Farr. Octavias was born on December 11th, 2000 at 4:45am in Burnsville, Minnesota. The year 2000 was the year of the Dragon. For a brief moment in time, he and his family resided in Burnaby, British Columbia Canada and soon after made their way back to his family's original home in Lincoln, Nebraska. He came into this world with a full head of hair and those who remember him as a toddler know he held that sword in his pullup at all times. They also know that Octavias quickly became an avid precise videogamer by the age of one. He grew up the baby of his family and always had his big sisters there to look after him. He attended Brantford Secondary, Huntington Elementary, Dawes Middle School and Lincoln Northeast High School. After 2018 high school graduation, he enrolled in the Biomedical Engineering program at the University of Lincoln, Nebraska. However, it wasn’t too long after that it became apparent Octavias belonged in a field where he was able to use his voice and language to articulate persuasion through his words. As Octavias was entering into adulthood and beginning the process of understanding who he was as a young man, he spent a good amount of time up the street at Off The Top Barbershop. There he found mentorship from Phillip Secret. Phillip was a step father to Octavias and introduced him to this game called life. Life started out as a young teenager by earning a few bucks sweeping up the hairs of Phillip’s customers. As Octavias grew so did his understanding the importance of taking care of his mind and body. Phillip introduced him into the life of bodybuilding. Octavias also prioritized cardio daily. This past year was his first year participating in the Lincoln half-marathon. He finished the race at a time of 1:54:20. He enjoyed the event so much, he had planned to sign up for the full marathon this coming year. One thing you could always say about Octavias is that regardless of where he was or what he was doing, he made a friend while doing it. A close friend would say he’s got no friends, only best friends. These bestfriends could be referred to as ‘The Boys’ for whom he held close to his heart. As Octavias grew with age, he began to accumulate a community that would stand behind him. The amount of hearts this soul has touched across his lifetime is truly spectacular. He held an aura so magnetic, pure, genuine and intentional. He was the sweetest young man one could meet. One could say, they truly just don’t make them like that anymore. Through this beautiful life that was only beginning to unfold, he made sure to be present in the life of his family. Not only for his grandmas and grandpas, his aunties and his uncles, his cousins and his uncle’s girlfriend's kids but for his three sisters and his Mama. One thing you can say for sure, is damn that boy loved his mama. Beloved For Eternity
See more See Less

In Memory Of Octavias Pharoah Farr